If you make a live-service game, you have to be prepared for dataminers to religiously comb through each update in search of oddities and potential leak-worthy stuff. And while BioWare's Anthem hasn't been subject to the level of datamining that other live-service games have, it does have its dedicated community of dataminers, who, recently, stumbled upon a massive leak.

While looking through the game's latest update, dataminers unearthed numerous new weapons, armor sets, and other in-game items. But not only is there references to all of this new loot, but assets as well, revealing some loot that may finally be worth grinding for.

First up, is the new weapons. Now, unlike previous Masterwork/Legendary weapons -- which are simply re-skins of other weapons in the game -- the new weapons found have entirely unique designs and perks. It appears the weapons, which don't have names at the moment, will only come in Masterwork and Legendary form though. Here are the four renders:

Also dug up is two new armor sets -- more specifically, a Storm set and a Ranger set -- that will probably be added to the game's store in the near-future. In terms of cool armor sets, they still lag behind what other games are doing, but they are better than most of what's in the game. 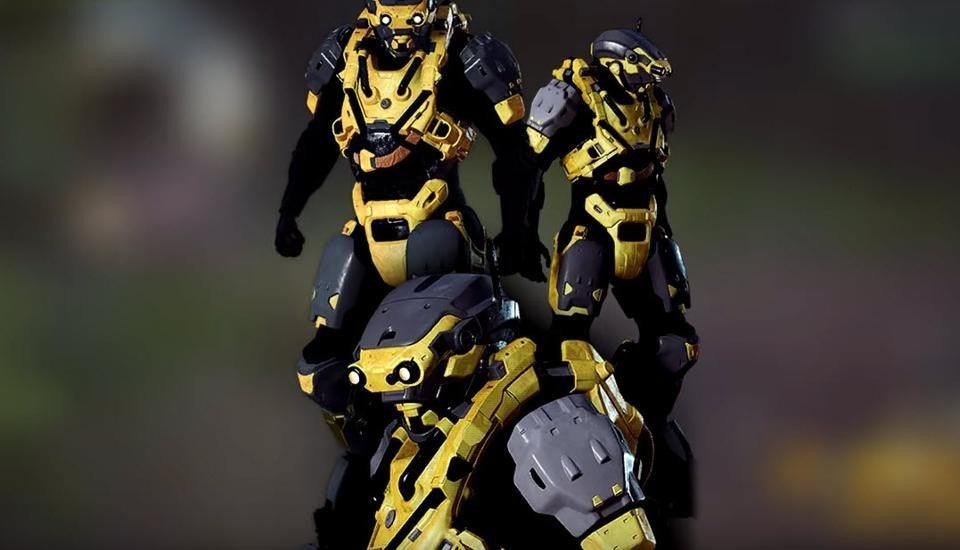 In addition to the new weapons and armor, new support items have also leaked, which aren't as exciting, but, if you're interested, you can learn more via a new video from KhrazeGaming.

As for when we will see all of this new content, who knows. Presumably it will be sometime this month, but with Anthem, you never know. Whatever the case, it's nice to see Anthem is finally creating some unique weapons and gear, which is something it should have had at launch as a looter-shooter.

Anthem is available for PlayStation 4, Xbox One, and PC. For more news, media, and information on the popular new multiplayer game from BioWare and EA, be sure to peep all of our previous coverage of it by clicking right here.

PlayStation Plus: Free PS4 and PS5 Games We May Get for June 2022