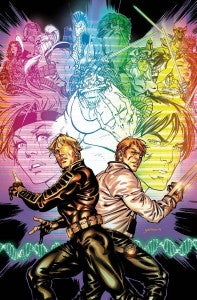 Peter David's X-Factor will end with September's #262 in what is being characterized as a mutual decision between the creator and publisher, not a cancellation. Marvel Comics announced earlier today at the Chicago Comics and Entertainment Expo that the previously-solicited "The End of X-Factor" storyline beginning in June's X-Factor #257, will in fact be the final storyline for the long-running series, which David relaunched following the success of 2004's Madrox miniseries. "Peter has been writing these characters for a very long time, and been building a lot of stories, the 'Hell on Earth' arc wraps up the supernatural plotlines, then the last arc, 'The End of X-Factor' wraps up the personal stories," editor Jordan White said at C2E2. 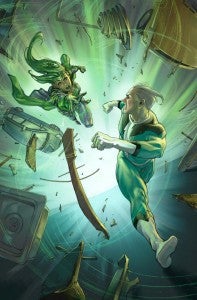 David said that it had nothing to do with his recent stroke, and that the series' conclusion was story-driven, adding that he has a new, as-yet-unannounced Marvel project coming soon. "It was basically decided that the 'Hell on Earth War' was as major a storyline as we were going to do," David told Newsarama. "I'd been building toward it for so long that it simply seemed a logical culmination to the entire series. So we decided to wrap it up. It's been going for 10 years, after all." And before that, David had written the series for 20 issues during its run in the '90s. That particular iteration of the series had been cancelled, with the numbering resumed during the current run. "He's breathed new life into characters that had been, in some cases, abandoned or forgotten... or even a few who never really felt quite real to me until Peter got his hands on them," Marvel editor Jordan White said. "It's such a rich assortment of characters to have been exploring," David said. "I wouldn't have been on it for so long if it wasn't special."

Venom: Let There Be Carnage to Celebrate New Movie With Venom Day