The Marvel Sudios panel at San Diego Comic-Con 2017 was a major event - and during the panel coverage of Captain Marvel we got a major bomb drop piece of news that will rock the entire Marvel Cinematic Unvierse:

The Skrulls will be the villains of Captain Marvel, finally making their long-awaited debut in the MCU!

This is a massive development, as The Skrulls were long thought to be firmly in the hand of 20th Century Fox, as part of their Fantastic Four ownership. The fact the Skrulls (and Kree) are now part of the MCU opens all kinds of doors for where the franchise's story can go.

The fact that Captain Marvel will also be set in the '90s also means that the Skrulls will have been a part of the MCU for quite some time. Could that set up be leading the MCU into a "Secret Invasion" story adaptation? Fans will certainly be discussing it from now until we learn more! 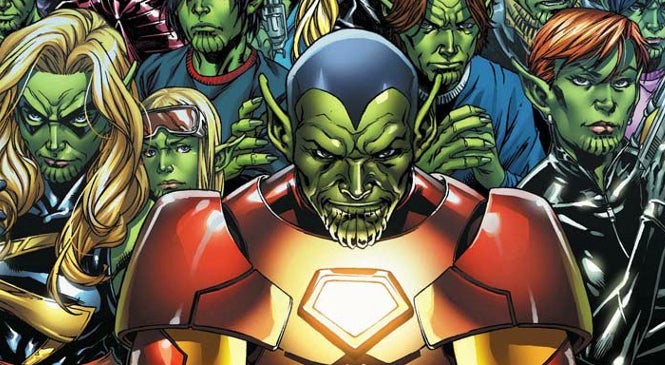 Marvel's Guardians of the Galaxy Vol. 2 and Spider-Man: Homecoming are both in theaters now, and will be followed by Thor: Ragnarok on November 3, 2017. After that Black Panther debuts on February 16, 2018, while Avengers: Infinity War hits theaters on May 4, 2018. Ant-Man and the Wasp is slated for July 6, 2018, followed by Captain Marvel on March 8, 2019.

Captain Marvel Will Introduce The Skrulls to the MCU