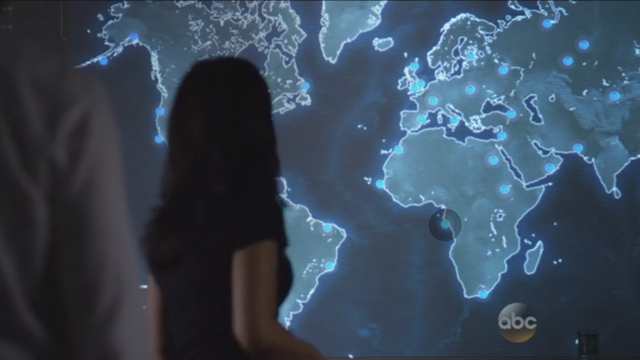 Over at Comic Book Movie, an eagle-eyed viewer has spotted what seems to be a nod to Wakanda, the fictional African nation led by Black Panther, in the season premiere of Marvel's Agents of S.H.I.E.L.D.

You can see above a screenshot from the episode, and at the link above, an analysis where E.F. "Manny" Camacho has seemingly connected some dots and some vintage Marvel maps of Africa and Wakanda to prove that one of the handful of dots on S.H.I.E.L.D.'s map is probably Wakanda.

It wouldn't be the first time there was a reference to the nation, which appeared on a map in Iron Man 2. Stan Lee and many others have often said that there is absolutely a Black Panther movie in the works, while Marvel hasn't confirmed anything of the sort yet.

Did Agents of S.H.I.E.L.D. Make A Black Panther Reference This Week?