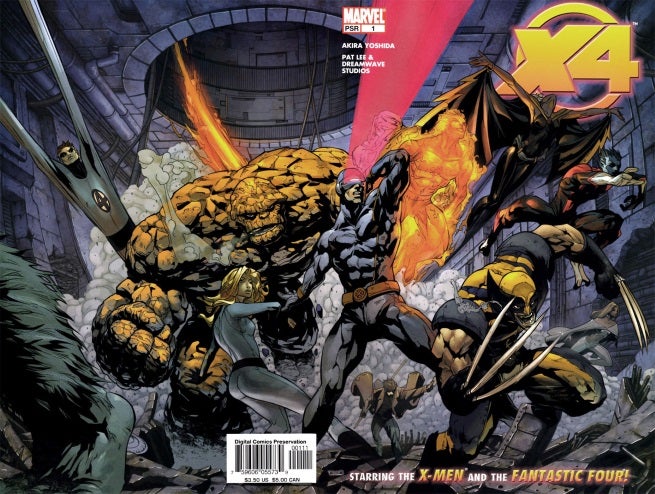 With the success of Marvel Studios' Marvel Cinematic Universe, many entertainment franchises have tried to build their own shared universe between their characters, be it DC Entertainment's upcoming superhero universe or Universal's monster universe, to allow for crossover opportunities.

This had led many fans to wonder if 20th Century Fox might bring together its two big Marvel superhero franchises - X-Men and Fantastic Four - for a crossover film, and there has been a lot of speculation about the idea online. ComicBook.com asked Simons Kinberg, producer for both film franchises, if such a crossover was possible and if it's something he'd like to be a part of.

"To be honest, I'm so focused on each of the movies right now - I'm so focused on, now we're post, on Fantastic Four, and making that the best movie it can be," says Kinberg. "And then we're in prep on X-Men: Apocalypse, so those are kind of full time jobs."

The X-Men and the Fantastic Four do have a history of crossovers in comics, going back to the X-Men vs. Fantastic Four crossover in the 1980s, and then later the X4 crossover and Victor Gischler's "FF" arc of the then ongoing X-Men series. They two teams were also tied together by Reed and Sue Richards' son, Franklin, who is one of the most powerful mutants in the Marvel Universe, and who became a target of psychic uber-villain Onslaught – a creature born of Professor X and Magneto's shared psyches – in the 1990s.

X-Men: Days of Future Past comes to Blu-ray and DVD on October 14.