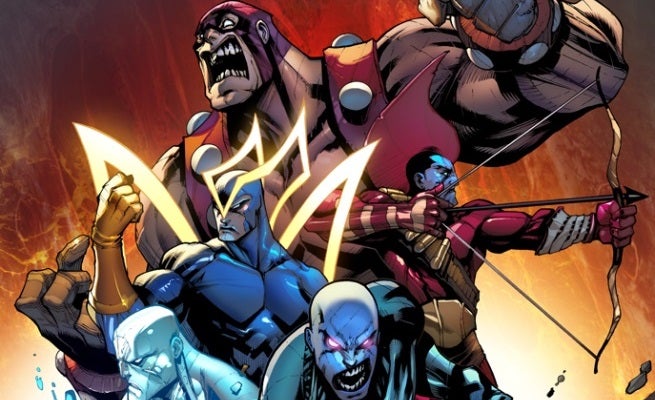 The latest issue of Production Weekly suggests that Guardians of the Galaxy 2 is operating under the production title Guardians 3000.

Guardians 3000 is also the name of an ongoing Marvel Comics series starring the original Guardians of the Galaxy team, which includes Yondu, Major Victory, and Starhawk.

Production names often don't mean much, but it's curious that Marvel would use one so closely connected to an actual comics title.

Director James Gunn has already said that at least one more Guardian from the comics should be appearing in Guardians of the Galaxy 2, so maybe the Guardians 3000 title is a hint as to who that Guardian may be.

Guardians Of The Galaxy 2 Working Title Is Guardians 3000?