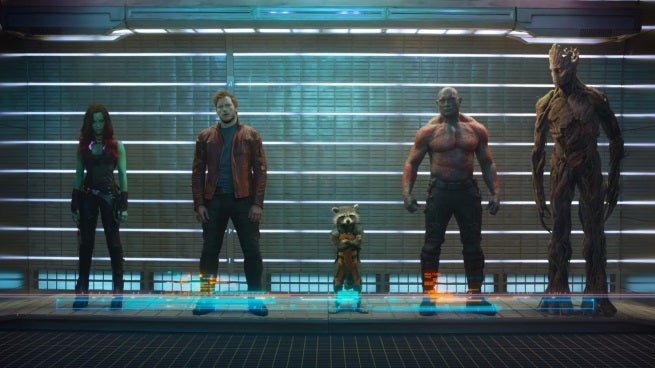 Guardians of the Galaxy director James Gunn took to social media today to tell his fans and friends that his foray into the 3D IMAX cut for the film had gone well, and to deliver some news about planned IMAX screenings for the film.

Among other things, he revealed that the film waas always planned as a 3D movie (which isn't surprising seeing as most big-budget blockbusters are these days) and that the IMAX 3D presentations will shift aspect ratio from time to time to give fans a more immersive viewing experience.

Just got out of working on the Guardians cut for IMAX 3D and I'm unbelievably excited about it. Guardians of the Galaxy has been planned as a 3D film from its very inception. Yes, if you see the film in 2D, you'll get a full experience. But the 3D experience promises a little something extra. Unlike many directors, I've been actively involved with converting every shot to 3D, making sure it works perfectly for the story and the film, making sure it's spectacular and immersive without being silly, distracting, or overly showy. 3D conversion was once far inferior to shooting in 3D, but over the past couple years new technology has allowed us incredible control over the 3D effects, making it equal to or in some cases greater than shooting in 3D.

For the uninitiated, "aspect ratio" refers to the proportional relationship between the width and height of an image. There are a number of common aspect ratios for film, but it's less common for the aspect ratio to change during the course of a movie. Rougly, it means that the size and shape of the screen will change in response to events taking place in the story and the way the movie was shot.

Guardians of the Galaxy opens in the U.S. on August 1. Presale tickets should be available soon.