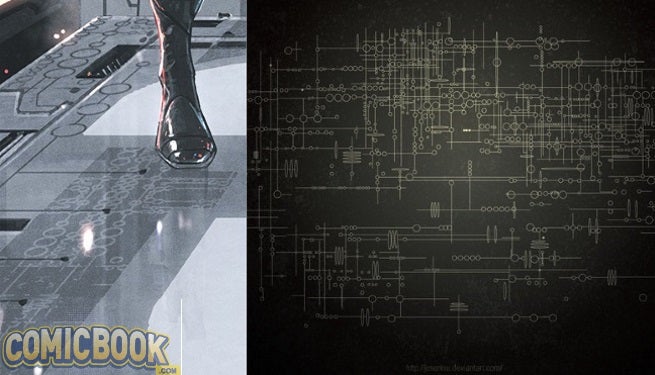 Marvel Comics may have just given us confirmation that that the secret city in Agents of S.H.I.E.L.D. is, indeed, Attilan.

Earlier today, we exclusively revealed the first in a series of variant covers celebrating the 50th anniversary of the Inhumans. Upon closer inspection, we noticed an interesting bit of detail on the floor of Black Bolt's throne room.

The circle and line patterns, seen near Triton and Gorgon's respective feet, bear a distinct resemblance to the alien writing from Agents of S.H.I.E.L.D. In the television series, the writing is leading both S.H.I.E.L.D. and Hydra to a secret, hidden city. The prevalent theory is that city is Attilan, home of the Inhumans, and this image certainly seems to strengthen the Inhumans connection.

Of course, we should keep in mind that the comics and the Marvel Cinematic Universe are separate entities, no matter how much they mimic each other. This could be a coincidence, or the artistic flourish of the creator, Jose Ladronn. You can see the full cover here.

It's All Connected: Does This Cover Confirm Inhumans Connection To Agents Of S.H.I.E.L.D.?