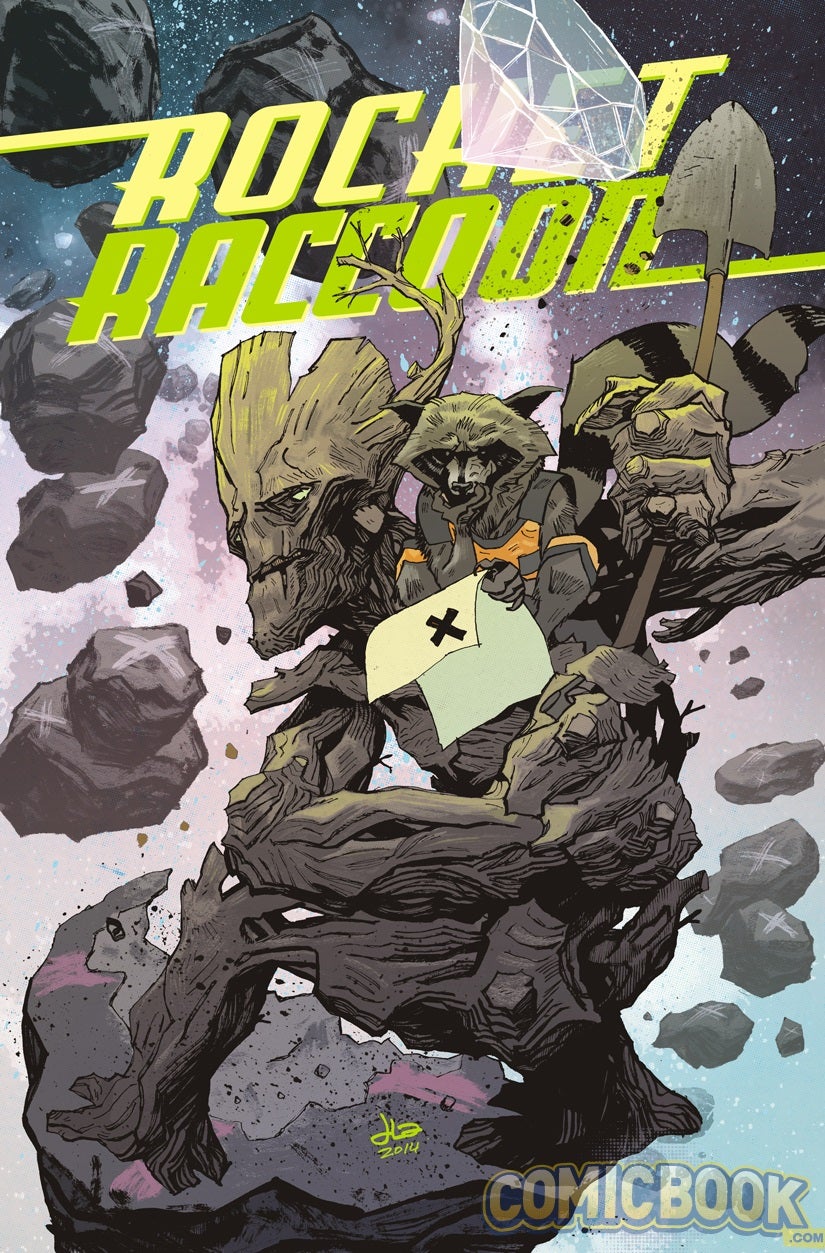 Latour puts his distinct style on the classic pairing of Rocket and his best friend and fell Guardians of the Galaxy, Groot.

The issue is written and drawn by Skottie Young, and hits store shelves in November.

• As seen in the blockbuster Marvel Studios film, Guardians of the Galaxy, Rocket and Groot are back!
•  It's the breakout hit series of the summer! As their space adventures continue, find out why Rocket Raccoon and Groot are quickly becoming the hottest characters in the Marvel Universe.
•  How does the most dangerously daring critter of the cosmos get the bad guys? With his two best friends: Guns and Groot!
Rated T