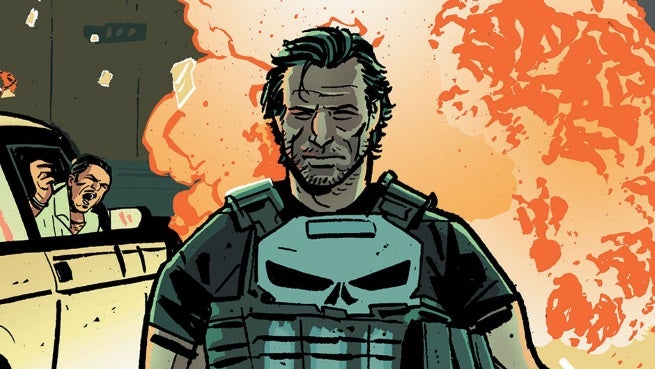 This week's episode of Agents of S.H.I.E.L.D., titled "The Writing on the Wall," hinted that a major part of Marvel Comics mythology may be coming to the show. No, I'm not talking about that whole city diagram thing. However, if you were paying attention, you may have caught a much less pronounced Marvel Comics reference that could be little more than an Easter egg, or could be something more.

During the episode, Agent Skye receives some information from an old cohort she refers to as "Micro." There isn't a character simply named Micro in in Marvel Comics, and it could have just been a technical enough word to use for a generic hacker handle. 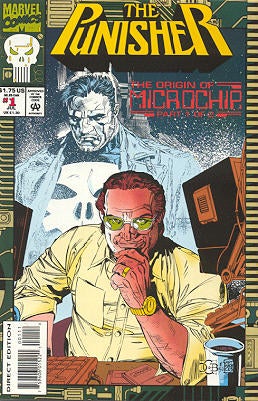 There is a character named Microchip in the Marvel Universe, however, and Marvel is too good at this stuff by now for that to have been an accident. David "Microchip" Lieberman was an ally and friend to The Punisher, before turning villain in more recent stories. Microchip provided Frank Castle with weapons and technology, as well as camaraderie.

That could just be an Easter egg for Punisher fans, like we mentioned, but could it also be hinting that the Punisher will be making an appearance in Agents of S.H.I.E.L.D.? I'm going to put this one in the "possible but unlikely" category.

I would be surprised if they did this though. The Punisher simply doesn't fit into the tone of Agents of S.H.I.E.L.D. The Punisher is a person who kills criminals. S.H.I.E.L.D. doesn't really deal with criminals, or at least that's not their primary function. Coulson deals with accidental superpowers and Hydra. Yes, as part of the Marvel Comics Universe, the Punisher often finds himself mixed up with these kind of characters, but it's hard to imagine the Punisher showing up in an episode, pulling out a gun, and blowing people away. And if that's not what the Punisher does when he shows up, then how is that the Punisher? Also consider that Agents of S.H.I.E.L.D. also has a heavy killing machine in Deathlok, who hasn't yet made an appearance this season.

After three failed attempts at turning The Punisher into a marketable film franchise, it wouldn't surprise me to see Marvel take Frank Castle to television. However, it's hard to think of why the Punisher would be introduced in Agents of S.H.I.E.L.D. rather than as part of Marvel's Netflix Defenders group, which is a Marvel Knights grouping in everything but label. We haven't seen the finished product yet, but everything said about Daredevil so far suggests that it will have a much darker tone than what we've seen from the Marvel Cinematic Universe up until now, and the Punisher belongs in the darkest corner your universe has.

I think it more likely that, if Daredevil and the others Defenders series succeed, we see a second phase Netflix series featuring more of Marvel's street level heroes, possibly including reclaimed characters like Blade, Ghost Rider, and the Punisher.

The question Punisher fans should be asking isn't "could Punisher show up on Agents of S.H.I.EL.D.?" Instead, it should be "do I really want to see the Punisher forced to make an appearance on network television?" Probably not, but maybe Marvel has something more interesting in mind.