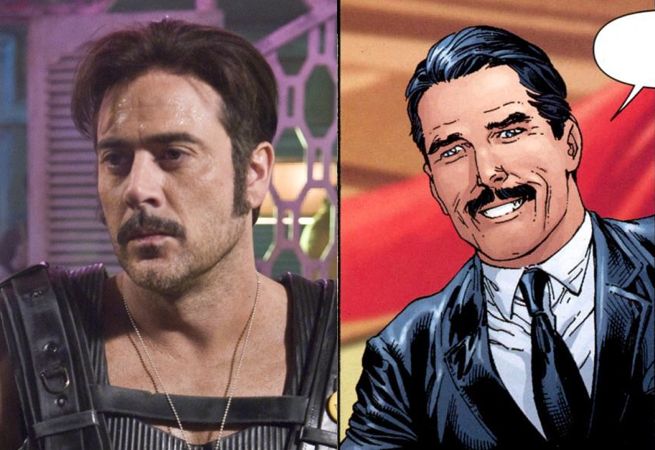 The source of the rumor is a photo circulating on social media, which purportedly shows a set piece for Batman V. Superman: Dawn of Justice. The set piece is a large canvas painting, which looks very much like actor Jeffrey Dean Morgan.

Now, it could be that Jeffrey Dean Morgan is playing someone else in the movie, but the portrait really looks like it would most likely be Thomas Wayne. It would also make sense that Jeffrey Dean Morgan could be in the film from the perspective of that he has worked with Batman V. Superman: Dawn of Justice director Zack Snyder in the past. Morgan played The Comedian in Snyder's Watchmen movie.

Of course, we're labeling this as rumor for now, because no one seems to know the source of the photo circulating on social media. And it would seem awfully odd for the people working the set to leave such an important painting uncovered in full view while moving it.