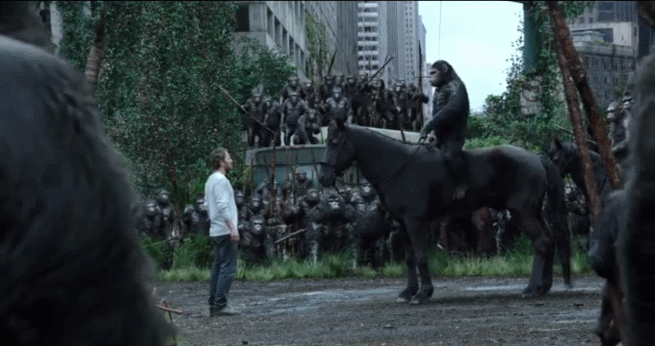 You can check them out below, along with a brief description for each.

Amidst a widespread viral outbreak known as the 'Simian Flu,' a mother is quarantined after testing positive for the virus, leaving her husband and daughter to fend for themselves.

Five years after the Simian Flu all but wiped out humanity, an orphaned teenage girl survives by bartering things she has stolen from dead people's homes.

The journey of a shotgun through the hands of several ill-fated owners as the 'Simian Flu' ravages the world around them.

Dawn of the Planet of the Apes: Short Film Prequels Released