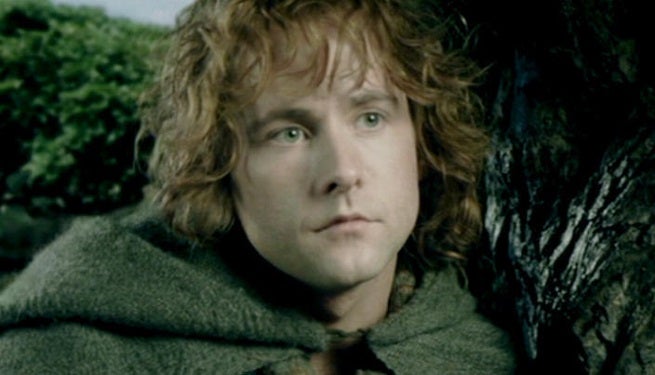 Billy Boyd, the actor who played Peregrin "Pippin" Took in The Lord of the Rings trilogy, will perform the end credits song for The Hobbit: The Battle of the Five Armies (via EW). Boyd co-wrote the song, titled "The Last Goodbye," with the filmmakers.

"It is hard, after 16 years and six films, to know exactly how to say goodbye," the filmmakers said in a press release. "We knew that we wanted to speak directly to all those who have taken this journey with us, especially to the fans whose love of these films has so often kept us going. This is why we asked Billy Boyd, who has been with us from the very beginning, and whose portrayal as Peregrin Took in The Lord of The Rings films is so beloved, to help write and perform the final song in this trilogy. Billy is not just a wonderful actor but also an extremely accomplished singer/songwriter—we are so glad he agreed once again to share his talent with us."

"I wanted the song to be a goodbye to all the fans who have been part of this amazing journey and to the whole world of Tolkien as it has been told in the cinema for our generation," says Boyd in the release. "No one knows the world of Tolkien better than Peter, Fran and Philippa, and I feel incredibly touched and honored to be asked to write and perform this song, and to be at the start and end of these beautiful, historic stories. To once again work so closely with them has been one of the true honors of my working life."

The end title song to The Return of the King, which capped off the original Lord of the Rings trilogy, won the Academy Award for Best Original Song when it was released. Boyd's vocal talents were also on display in that film, when he sang "The Edge of Night" for the Steward of Gondor just before the Battle of Pelennor Fields. The song was used in the trailer for The Battle of the Five Armies, which some fans took issue with since he wouldn't sing that song until long after the events of the The Hobbit.

The Hobbit: The Battle of the Five Armies opens in theaters December 17. The soundtrack will be released on December 9.