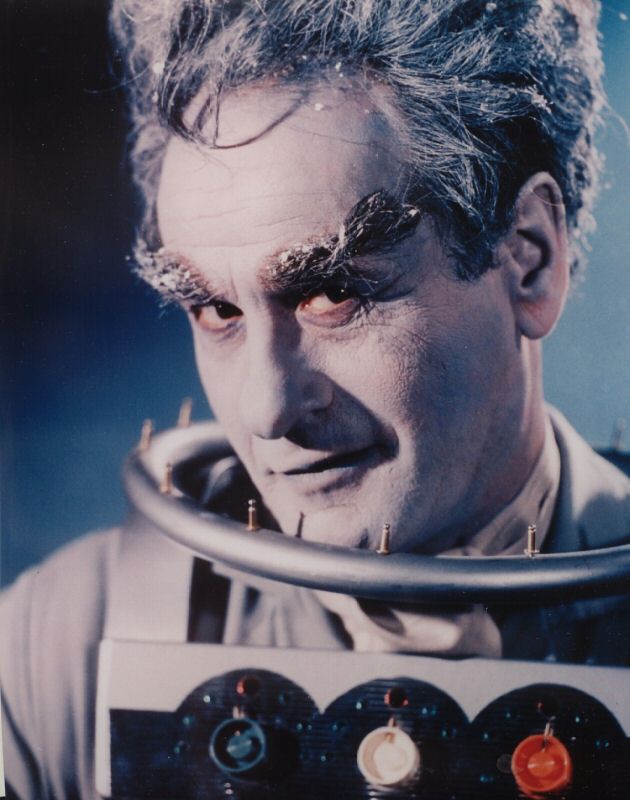 The Good, The Bad and the Ugly star Eli Wallach, who played Mr. Freeze in the Adam West Batman series and was one of the most respected character actors in film history, has died. He was 98.

"As an actor I've played more bandits, thieves, warlords, molesters and Mafiosi than you could shake a stick at," Wallach said during his acceptance speech for a special Oscar in 2010. He jokingly compared that to his true-life habits of collecting antique clocks and watching tennis, along with his soft spot for Josh Brolin (you can see it below).

Wallach was actually the third actor (after George Sanders and Otto Preminger) to play the classic Batman villain in a two-episode-long arc he did in 1967.

"I did Mr. Freeze," wrote in the star in his autobiography. "I get more mail for him than anything I've ever done."

Acclaimed comics writer Christos Gage revisited the world of The Good, The Bad and the Ugly in a Dynamite Entertainment series in 2008, in a story that revolved around the brother of Wallach's character Tuco. In the time since, Tuco (and other characters from that film) has been immortalized in MiniMates action figures.

Wallach appeared in over 150 film and TV projects throughout his long career, including The Magnificent Seven and The Godfather Part III. Later in his life, Wallach appeared in a number of small roles, mostly by filmmakers eager to work with him. He appeared, uncredited, in the Academy Award-winning Mystic River and an episode of Studio 60 on the Sunset Strip revolved around him.