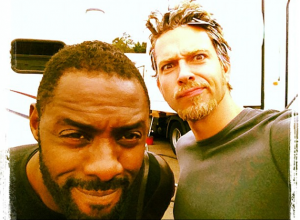 may already be shooting, but that doesn't mean the casting is completely done. And according to Comic Book Movie, Marvel have just cast a pair of actors in small, unspecified roles for the film. Richard Brake will appear in the film, according to the report, his second comic book adaptation after having starred as Joe Chill (the man who killed Bruce Wayne's parents) in Batman Begins. He's also featured in movies like Hannibal Rising and Doom, and--like many of those appearing in Thor 2--he's a veteran of British television as well. Also announced as cast in the film is Clive Russell, who appeared with The Avengers's own Robert Downey, Jr. in the Guy Ritchie Sherlock Holmes films and will appear in the third season of Game of Thrones. He, too, has put in his time on TV. Neither of these particularly jumps off the screen as someone suited for a particular role to me--if you've got ideas, chime in at the comments thread or on Facebook and Twitter! In the same article, CBM ran an Instagram photo posted to Twitter by Zachary Levi, who will play Fandral in the film. He was originally considered for the role in the first Thor, but was unable to join the film due to his filming schedule on the final season of his NBC show Chuck. When the actor who took his place got a TV job and couldn't fit sequels into his schedule, though, suddenly the job was Levi's again, and he had to go for the blonde hair and goatee you see above. With him is Idris Elba, who returns as Heimdall.