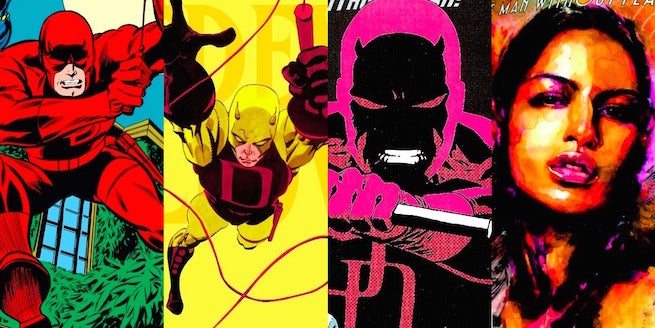 For years, Daredevil comics have been the place where creative teams go to win awards (Frank Miller, Brian Michael Bendis/Alex Maleev, Ed Brubaker/Michael Lark and Mark Waid/Chris Samnee) or completely redefine the industry (Kevin Smith/Joe Quesada). But in-between these apexes, there have also been a number of well-written, beautifully illustrated creative runs that just don't garner the same accolades and appreciation. Here are five of the most under the radar runs in Daredevil history – comics filled with just as many memorable moments, but minus the Eisners and Harveys. 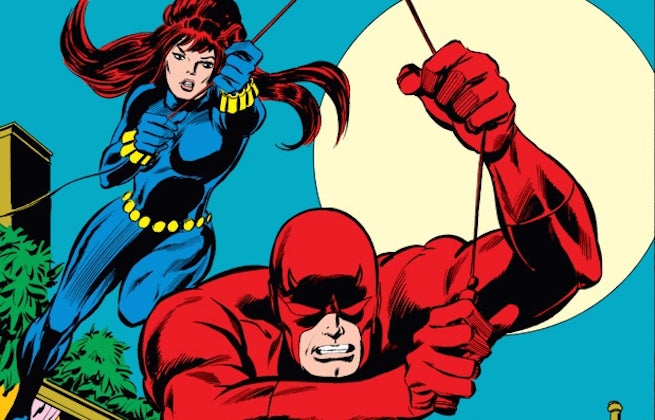 About a year or so before Conway ended the Silver Age during his run on Amazing Spider-Man, the teenaged phenom cut his teeth writing Daredevil. During this 27 issue-stint, Conway introduced one of Marvel's great romantic pairings in Daredevil and Natasha Romanoff/Black Widow – a relationship that the comics still reference nearly 45 years later. Additionally, Conway made the controversial choice of setting the series in San Francisco, decades before west coast Daredevil was a glimmer in Mark Waid's eye. Some fans bristled at the idea of Daredevil being away from Hell's Kitchen and New York, but Conway used the city to provide a higher level of social consciousness to the book. Remember, Conway's run came only a few years after the "Summer of Love" and Woodstock so it was unquestionably edgy and unique to explore "flower power" in superhero comics. 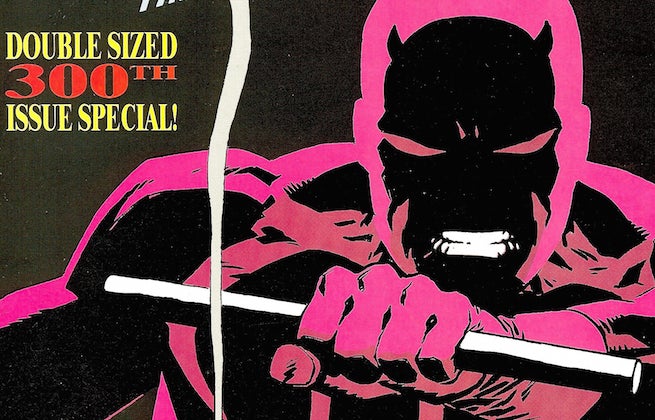 When most people think of 90s Daredevil, they think of oversized shoulder pads. It's unfortunate, because just a few years before he upended Daredevil's status quo in "Fall From Grace," Chichester collaborated with Weeks to craft one of the most underrated runs in Hornhead's history. The the pairing's unquestionable highlight was the four-part "Last Rites" story. This tale flipped the premise of the famed "Born Again" arc and saw Matt systematically break down his nemesis, Wilson Fisk, a.k.a., Kingpin. The inherent drama of the arc lends itself to some wonderful character work from Chichester. He examines the origins of the Kingpin from a number of unexpected angles, leading to one of the all-time best Fisk arcs. 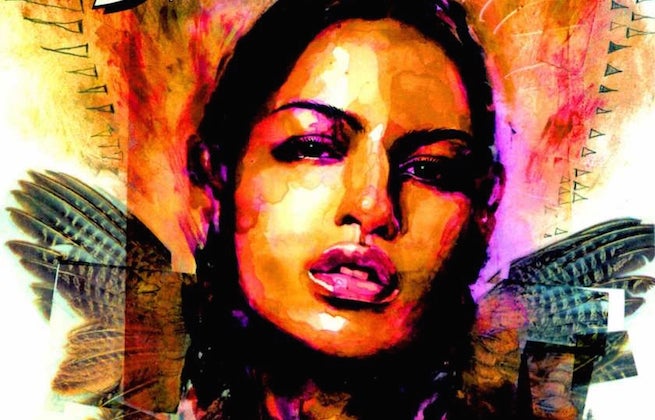 Mack has the honor of bridging the gap between two of the most critical creative runs in Daredevil history: Kevin Smith and Joe Quesada's eight-issue stint, which is often credited with saving Marvel Comics from financial doom, and Brian Michael Bendis and Alex Maleev's career-defining collaboration. Mack's run is best known for the creation of Maya Lopez, aka Echo, a deaf Native American who can mimic the mannerisms of anybody she studies. Mack's opening story (with art from Quesada), made Echo an instant fan favorite (Bendis would later use her as Ronin on New Avengers). A few years later, Mack returned to Lopez during a five-issue interlude between two of Bendis and Maleev's arcs. "Echo" is a visually arresting storyline that bends some standard comic book storytelling conventions. What's more, Mack wrote, penciled, inked and colored the entire arc by himself. 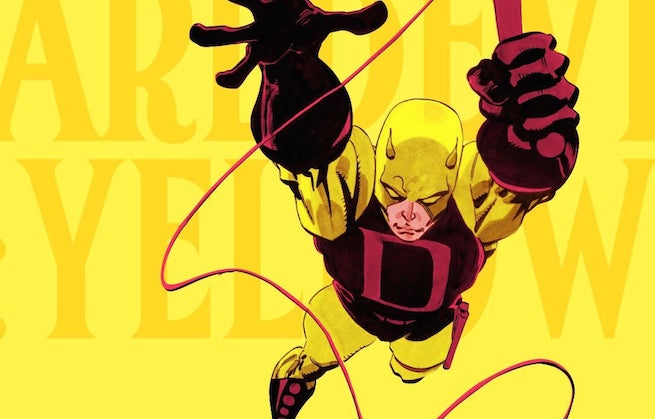 Loeb and Sale produced their first of four color-themed sentimental look-backs at Marvel's silver age with their six-part Daredevil: Yellow miniseries. The book focuses on Matt recalling some of his earliest adventures (as originally told by Stan Lee) during his short-lived "yellow costume" era. But as is often the case in these Loeb/Sale minis, the nostalgic tour evolves into a wistful recollection of love lost – in this instance, Matt's first romance, Karen Page, who had just  controversially died during the Smith/Quesada run. Sale's lush artwork adds a touch of elegance to the story, while Loeb's script manages to avoid becoming too weepy in favor of some well-timed comedic beats. 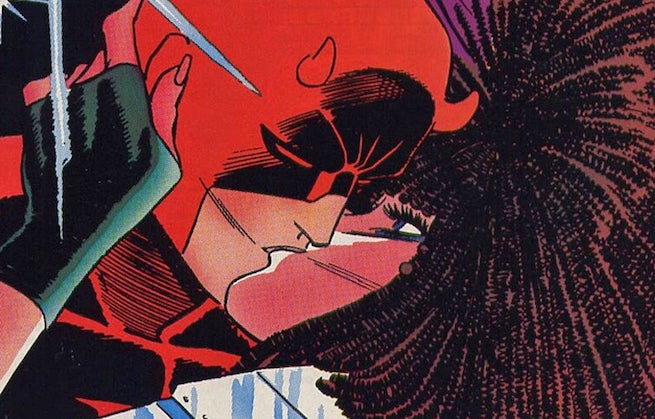 The great JRJR actually credits his long-run on Daredevil alongside Nocenti as the period where he truly became a comic book artist. That factoid alone makes this run one of the very best in Daredevil history (and comic book history, since where would we all be without JRJR?). Nocenti meanwhile, had the near-impossible task of following up Miller and David Mazzuchelli's legendary "Born Again" run. But she more than delivers, creating one of Matt's most memorable rogues in Typhoid Mary (yet another femme fatale to mess with Daredevil), and conjuring up some outside-the-box Daredevil tales like "A Beer With the Devil," where Daredevil shares a beer with Mephisto. And let's not forget about the time Daredevil defeated Ultron by smashing his adamantium frame with his billy club. Farfetched? You bet. Awesome? No question.

Are there any other Daredevil runs that you think deserve attention? Let us know in the comments below.

5 Under The Radar Daredevil Creative Runs