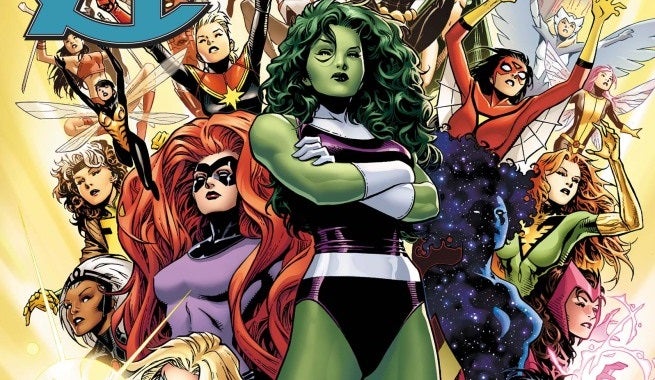 Beginning in a remote corner of Battleworld called Arcadia, A-Force #1 sees the beginnings of a new Avengers team unlike any before.

Once again, a team of Earth's Mightiest Heroes will assemble to take on a threat no one of them could hope to battle alone.

A-Force #1 goes on sale this May. Check out the preview in the gallery below.