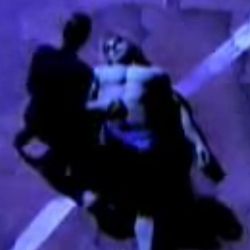 The passing of a TV show can elicit similar reactions to the death of a beloved relative. For some there is anger: “They cancelled WHAT? I’ll kill those %*@&”, denial: “This has to be some rumor, what blog did you read?” bargaining: “If you just read these 50,000 fan letters, oh powerful producers, I’ll watch it on the network and not YouTube”, and variations with all the classic stages of grief. When the final episode airs, mourners may wear attire appropriate for the occasion and the deceased, it’s usually a big event with everyone staring ahead at a box, and sometimes food and drink can add a comfort.

After the final credits roll, there can be a feeling of peace and fond memories of DVD viewings to come, but only if the deceased was given a proper farewell. If it was a careless burial by the TV network, the fans will wring their hands and forever wear black, cursing the day the show was taken. Comic book fans have experienced both sides of this cruel coin, but take comfort friends. Many times, comic book TV shows suffer the dreaded “unresolved finale”, and therefore, clear closure is lost. Listed below are five comic book TV shows that got a proper good-bye on their trip to TV hereafter.

Buffy the Vampire Slayer - A breakout hit in 1997, Buff and the Scoobys battled teen angst, demons, crazy mayors, “the trio” and heartbreak for seven seasons before the show laid down its stakes for good, on TV anyway, in May of 2003. Anticipation over how it would end was rampant. Would Buffy bite it for good? Would The First win? Would she and Spike get some kind of closure? All the above questions were answered, along with some pretty cool structural damage to Sunnydale, in a stunning finale that reinvented the “one generation, one slayer” concept. The last shot of the series zooms in on our heroine, who, feeling “finished” perhaps, simply smiles into the sun.

X-Men: The Animated Series - Marvel’s longest-running animated program got that distinction for a reason. With rich character development, a host of characters, and respects paid to the big stories and traditions of the comic series, XM:TAS never stopped. Even though the series finale, aptly titled “Graduation Day”, was a one-off episode, Professor Xavier’s big move to the sky, the Shi’ar Empire here folks, not Heaven, pulls all the right emotional punches. Brutally injured in an attack, Xavier gets the chance to say good-bye to his X-Men and Magneto before Lilandra, his true beloved, comes to take him away to care for him, closing, appropriately, this chapter of the X-Men’s story.

Birds of Prey - This may be a case of a mercy killing. The show’s premise, based on an amalgam of origins for Oracle, Huntress, Harley Quinn and other Gotham inhabitants, was killer and was one of the WB network’s highly touted new shows when it premiered in 2003. During its 13 episode run, BOP struggled to find its footing. Fans of Batgirl/Oracle and Huntress were a bit confused and frustrated by the direction of the show and the writing. And just how many times did metahumans need explaining? The series finale, a battle for Gotham in the clock tower between Harley and the Birds, brought some closure and needed grounding to an uneven show. Forgive them the music Lord, for they knew not what they were doing.

The Incredible Hulk - Dr. David Banner’s search to, “control the raging spirit that dwells within him” took almost 13 years to complete. After over a decade of solitary wandering and running from authority, human connections and peace, the savage beast was allowed to rest, but not in the fifth season of the series, nor in the two follow-up TV movies. Finally, in 1990’s The Death of the Incredible Hulk, Banner gets to end it all. After hopping aboard a small plane full of evil spies, he falls to the ground from mid-air. As he slowly fades away, David Banner manages to say the words he had longed to say throughout the series, “I am free.”

Justice League & Justice League Unlimited - The storytelling of this series spoke for itself, especially in the two seasons of Justice League. When the show expanded to Unlimited status, it became so much more. This is readily apparent in the series finale “Destroyer”. With the League fighting along side Luthor’s Secret Society to stop Darkseid once and for all, it’s non-stop action. The highlights include Superman unloading on Darkseid in probably the most intense battle of the DC animated universe, and, perhaps most interestingly, Lex Luthor helping to save the day.