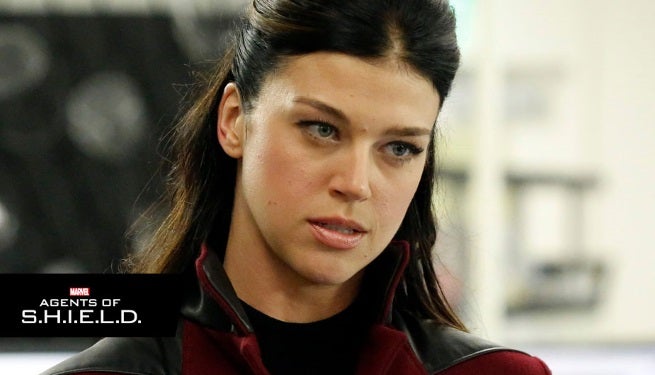 Hot off of her debut in last night’s “A Hen in the Wolf House” episode of Marvel’s Agents of S.H.I.E.L.D., Adrianne Palicki is already discussing film possibilities for her character, Mockingbird.

When asked by Entertainment Weekly about if there’s a chance she will appear in a Marvel movie, Palicki said “Absolutely. That’s the nice thing. It’s the first Marvel show that’s been on television and the crossovers have happened multiple times. I hope there is that potential for the character. Anything is possible in that world, which is wonderful.”

This pretty closely coincides with what Palicki already said about the potential for Mockingbird to join the Avengers.

As for her continued tenure on Agents of S.H.I.E.L.D., Palicki says that’s still up for discussion.

“That is up in the air still,” Palicki said. “She is part of the S.H.I.E.L.D. team. In episode 206, the world turns on S.H.I.E.L.D. because Hydra poses as them and attacks the U.N. All those story lines are still going; she’s just now a part of that world.”