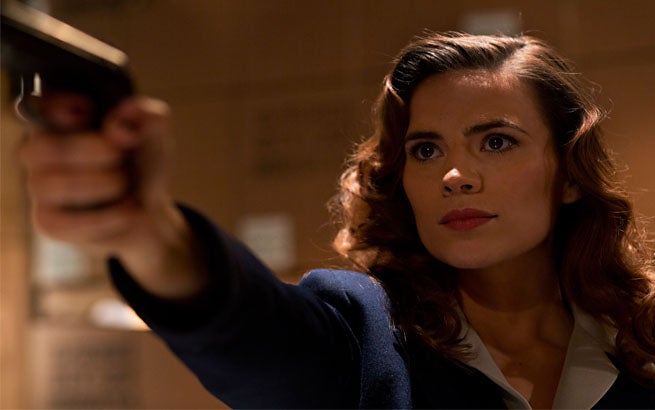 If you're watching Agent Carter tonight, there are a few things you'll need to know. We're going to break them down for you right here. Be warned though, we here at ComicBook.com don't want to spoil anything for you, so if you haven't watched the series premiere from last week, turn away!

Agent Carter centers around Peggy Carter. A secret agent breaking barriers in the 1940s, long before S.H.I.E.L.D. was even an organization. In the wake of Captain America plunging Red Skulls plane into the ocean, she finds herself trying to help Tony Stark's father, Howard, who claims to be the target of a framing for selling deadly weapons to anyone who will pay. The first two episodes brought up a lot of questions heading into tonight's, so here are some big issues you'll want to be educated on.

The were a few mentions of Leviathan in last week's double episode series premiere which left a lot of people curious about what Leviathan is. While we know the show might take liberties when it comes to the groups origins, here's what we know from the comics. Where Hydra was birthed out of Nazi Germany, Leviathan came to be when 100,000 of Russia's best and most brutal went missing one day and were eventually revealed to be in cryogenic sleep. Leviathan was at one point involved in a plane with Hydra, the Hand, and S.H.I.E.L.D. to use salvaged Brood technology to create super soldiers. When Leviathan double-crossed the other organizations, Hydra and the Hand sabotaged Leviathan's tanks so those left inside would emerge as monsters. It's pretty unclear what any of this means for Agent Carter, especially considering that the only Leviathan agents we've seen have been normal looking with the exception of a few scars, such as Leet Brannis.

Leet Brannis was killed off last week right as he was about to talk. Brannis said he switched sides, but he won't say anything else without protection. Turns out he needed just that, because he took a bullet when leaving with Carter. Before dying, though, he drew this symbol in the ground when Carter begged for information. 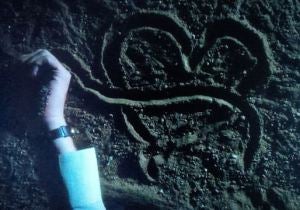 That brings us to the symbol. We have a crazy theory that we went out on the longest limb on that it might actually be Dominic Fortune, but at this point its still to early to tell. Hopefully we find out in tonight's third episode of the series, titled, "Time and Tide at 9/8 central.