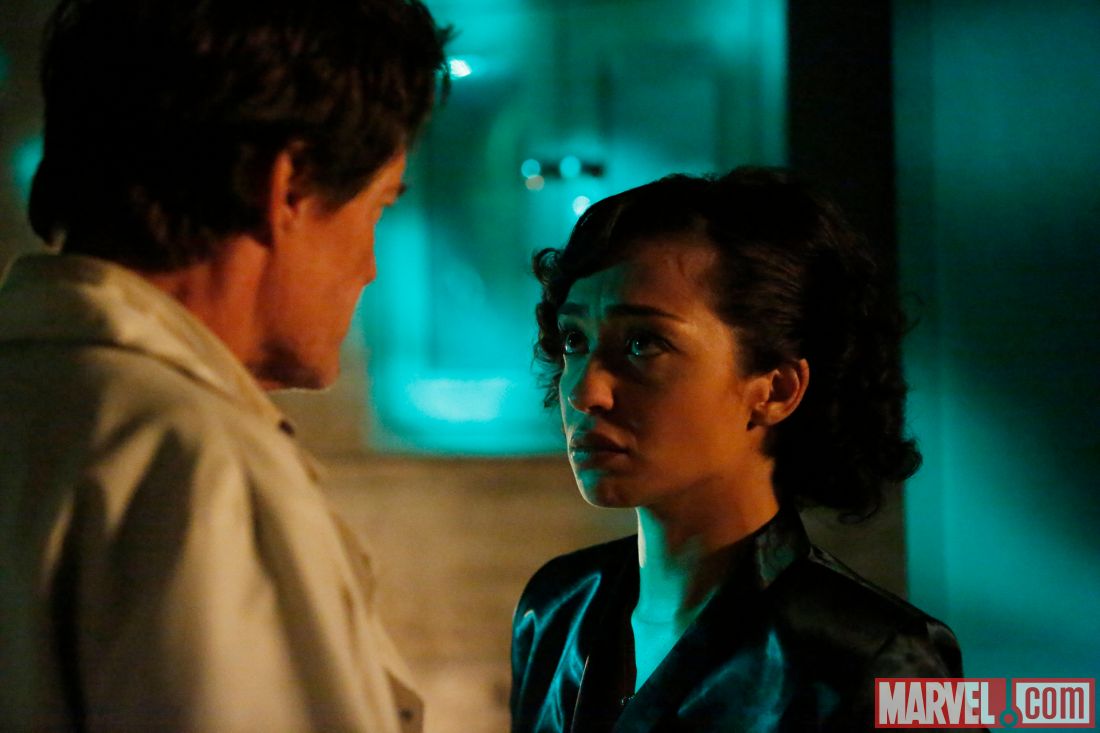 Marvel Studios has releases some preview images for tomorrow night’s episode of Agents of S.H.I.E.L.D., “A Hen in the Wolf House” (via Marvel.com).

In “A Hen in the Wolf House,” Coulson's team is up against the beautiful and deadly Bobbi Morse--Security Chief for Hydra. Meanwhile, Skye's father forces Raina to reunite him with his daughter at any cost.

Agents Of S.H.I.E.L.D.: A Hen In The Wolf House First Look Images