is in a strange place both as a TV show and as a constant noise generator for the Marvel Cinematic Universe.

It has to be all things to all people, as often as not, and that can lend to it being none of them to anyone. Having to be a part of a movie universe and yet being unable to touch many of the bigger parts or change them significantly, it be seen to often flounder in place. Needing to carve out its own identity it can run afoul of other plans in motion.

Which is where we come in. Recent developments in Captain America: The Winter Soldier have necessitated a seismic shift in the show that shares DNA with the film. In reaction to that shift, the doors are flung wide open to the future. A future I am going to explore, with you, in ways that the show only wishes it could.

Let me start this by laying out three things:

a) I like the show. I enjoy it and find myself discussing it a lot. By that criteria it works for me. b) I know none of these ideas will ever, ever, happen. But I really would enjoy them if they did. c) anyone can come up with ten ideas, nine is more fun.

So with those thoughts in mind let me lay out some semi-possible-yet-totally-impossible directions the show could take that would utterly delight me (also fair warning for Captain America: The Winter Soldier and Marvel's Agents of S.H.I.E.L.D. spoilers!): 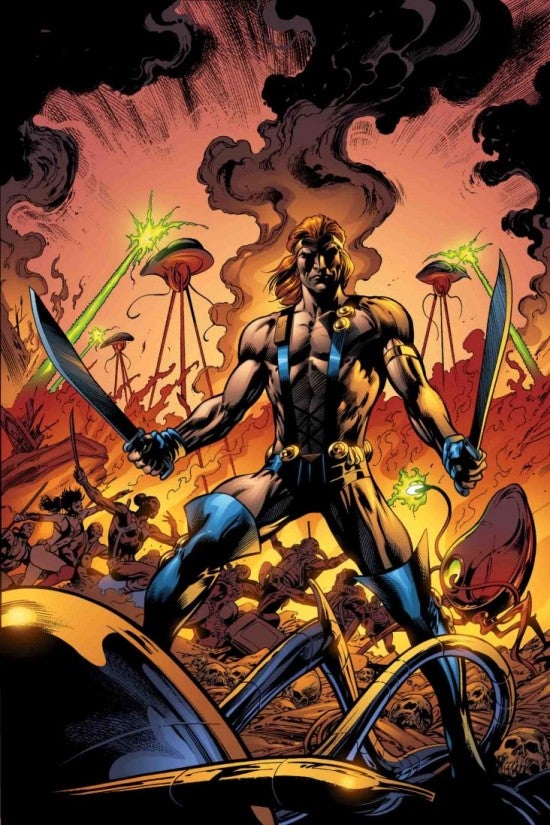 ONE - What if we find out that the GH-325 in Coulson and Skye's blood prolongs their lives?

And the show -- similar to Dollhouse so there is precedent for this -- flashes forward to a future with Coulson, Skye and Deathlok in the old Deathlok future?

They could have to deal with evil Arno Stark and introduce Killraven even, before coming back and having Skye send a message back to herself (via Deathlok maybe?) and make Stopping That Future the show's new goal. 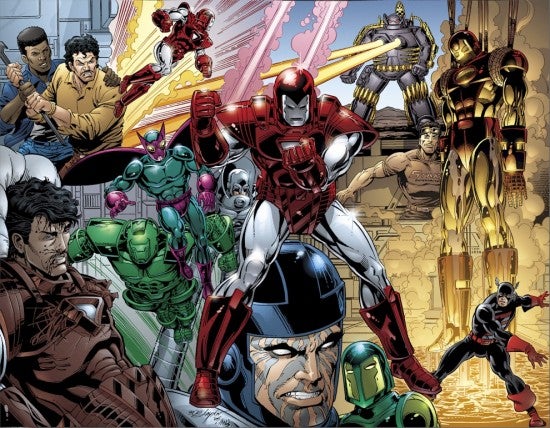 TWO - Maria Hill gets a job with Stark and comes back to be in the show full time, where she uses Stark as funding for the new smaller team. It gives them new toys and a fun new corporate master to deal with.

Also, it allows for the eventual introduction of the Guardian armors. Which could then lead to Armor Wars in a movie and…hey, why not?

THREE - Assuming the GH-325 is Kree blood, ('cause come on, it is Kree blood), they end up getting involved in an alien hunt and find the Magnotron and introduce Captain Marvel (Carol Danvers mind) as an Agent and the whole show becomes about her.

FOUR - They disband S.H.I.E.L.D. fully and do a few episodes where the whole cast is looking for jobs to make ends meet. "Any experience?" "Working a cash register at Arby's? No. But I can kill twenty-seven men while flying a plane with my foot." "We're sorry, May, but you're not what we're looking for." I would, honestly, watch at least half a season of that at rapt attention.

FIVE - The small group left is recruited by Fury at the end of the season as his new Hydra-hunting team - codenamed: Howling Commandos.

SIX - Coulson renames his team The Invaders for obvious reasons when the team finds the WWII Human Torch in the Freezer and awakens him.

Hey, we saw him in the first Captain America movie, right? Totally up for grabs, people. 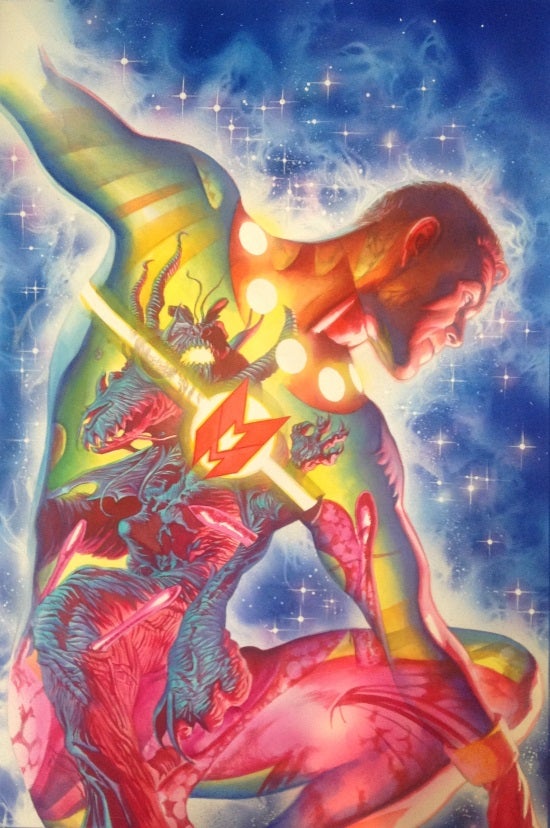 SEVEN - We know they are now calling what were mutants "Miracles."

What if they introduce GH-325 as a way to give Coulson powers… and he utters KIMOTA! I mean, I'm just thinking out loud here but that'd be sure to change a few things, no? Though you have to wonder why he would randomly shout KIMOTA, right? Look he's a history nerd. Maybe in WWII KIMOTA was something Cap once said, or they thought he said, covering a curse. You know… "Those Hydra agents sure rile my KIMOTA!" ….no?

EIGHT - In a funny turn of events, Simmons misheard Hydra and convinces the team to launch an all out assault at the Hydrox cookie plant. We spend an entire season of the show killing cookie makers and when they work out their mistake in episode 22 of season 2 the show ends with Fitz saying "That's the way the cookie crumbles" and getting shot by May for the terrible pun.

Just like I'm gonna be shot if I don't wrap this up. SO!

NINE - Hydra unleashes a new plan. Two words: Cold. Slither. Anyway you can write the plot from there but I would, again, watch the hell out of that show. Coulson and team on a real bus, touring as they race to make gigs and take out Hydra.

Agents of S.H.I.E.L.D.: Nine Outlandish Ideas for Where to Go Next