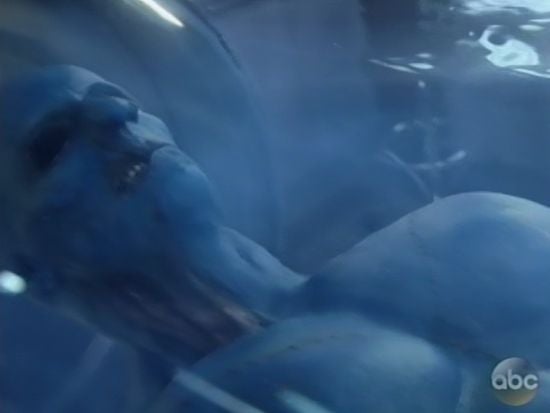 What the heck was that alien body Coulson found in T.A.H.I.T.I.? And what could it have to do with GH-325 and Coulson's own resurrection? Obviously, it will be a while before we actually get to find out; in all likelihood, they'll tease this reveal out for the rest of the season, if the amount of time it took them just to get to the first truth about Coulson in the midseason finale is any indication. That said, there are no shortage of blue-skinned aliens in the Marvel Universe, and it's probably safe to assume that if this is indeed an alien being, it's probably a race familiar to readers. So...which one? Well, accounting for the ones that are non-humanoid, too large, too small or not owned by Marvel Studios for the purposes of making live-action motion pictures and television, that leaves us with only a handful...and even fewer that are really likely candidates. Below, read about the four races we think this alien could actually have belonged to--and then three more that seem way less likely...but hey, they're blue. 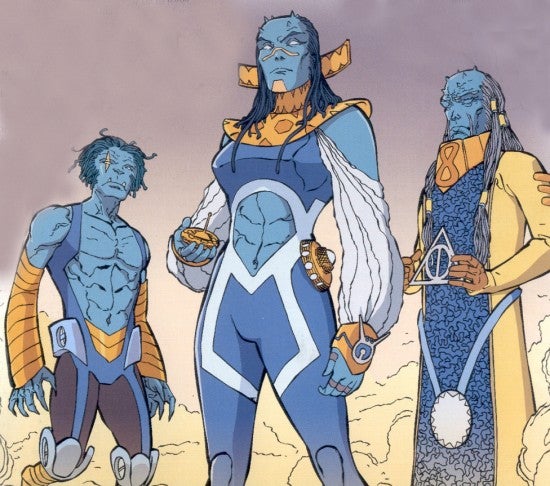 Kree These guys make the most sense in a lot of ways, and are the top candidate in The Kree are one of the most storied alien races in the Marvel Universe, and have given us a number of significant heroes including Captain Marvel. The race is similar to humans, except a little bit stronger, they require more nitrogen to live...and they have blue skin. These guys would be a pretty good place to start, since the Kree have long-standing connections to the Captain Marvel dynasty--and there's a lot of intel pointing in the direction of a Ms. Marvel or Captain Marvel appearance coming down the line, either in Guardians of the Galaxy or in a solo movie. It's not totally clear that the Kree belong with Marvel Studios, given their long history with the Fantastic Four--but it's widely assumed as much, or at least that they're jointly-owned like Quicksilver and Scarlet Witch. 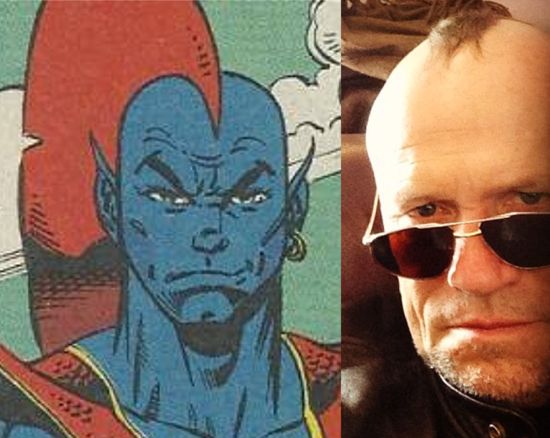 Zatoan Yondu, a member of the Zatoan tribe, will appear in James Gunn's Guardians of the Galaxy. They're from Centauri IV, and he's got connections in the comics to both the Avengers and the Guardians. And, of course, in the Marvel Cinematic Universe, the Avengers are basically part of S.H.I.E.L.D., there's the outside chance this alien could be our connection between Captain America: the Winter Soldier, Marvel's Agents of S.H.I.E.L.D. and Guardians of the Galaxy. 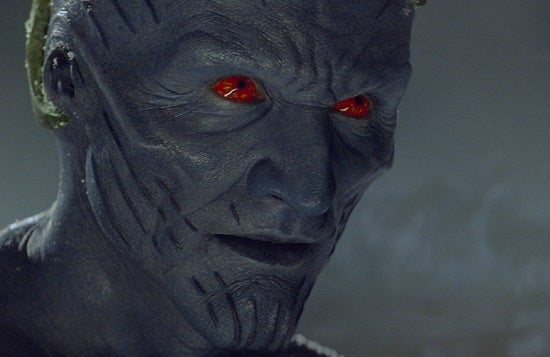 Frost Giant They aren't always so giant, and while our boy up top looks a lot more true-blue than the whitish-greyish blue of the Frost Giants in Thor, his oddly-shaped nose and slightly disfigured mouth aren't too far off from some of the Frost Giants we saw in that film. These guys kind of make sense  because Asgard has been such a feature in the series so far and, because of Thor: The Dark World and its tie-in S.H.I.E.L.D. episode, we know that the Asgardian community has made visits to earth before. That could explain how this poor soul ended up under a mountain, shredded in two. With both Sif and Lorelei showing up in the near future, it seems like anybody with a connection to Thor and Asgard could be a decent candidate. Like...

Mercurio The inhabitants of the planet Gramos are actually best known for a storyline in which they came to earth seeking the power of Thor's hammer Mjolnir. At another point, Gramosian leader Mercurio also sought out Xorr, the God-Jewel. Why are they likely candidates? Well, in the Guardians of the Galaxy trailer, one of Quill's charges on his rap sheet is "Illegal Manipulation of a Gramosian Duchess," for which he's branded a sex offender. So, yeah. They definitely exist in the MCU. Some other candidates, courtesy Wikipedia:

Supergirl Movie to Show Much Harsher Version of the Character