Disney has released the first concept art images for Avatar Land, which is coming to Disney's Animal Kingdom at Walt Disney World in 2017. If Avatar Land winds up looking like anything close to the concept art, it will be one of the most amazing theme park attractions ever created.

Avatar Land is based on James Cameron's Avatar movie, and it recreates the mythical world of Pandora. The concept art was first shown at the D23 Expo in Japan, and then released on the official Disney Parks blog.

According to Disney, Avatar Land will allow guests to "encounter awe-inspiring floating mountains and wander through a nighttime jungle of bioluminescent plants that are alive with light and sound. Guests will also discover what it feels like to soar into the sky riding a Banshee." 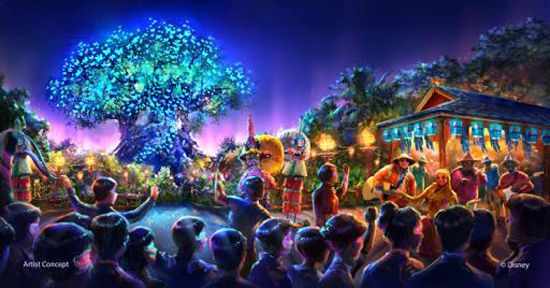 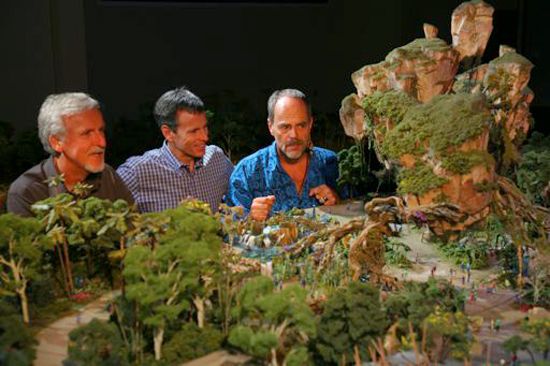