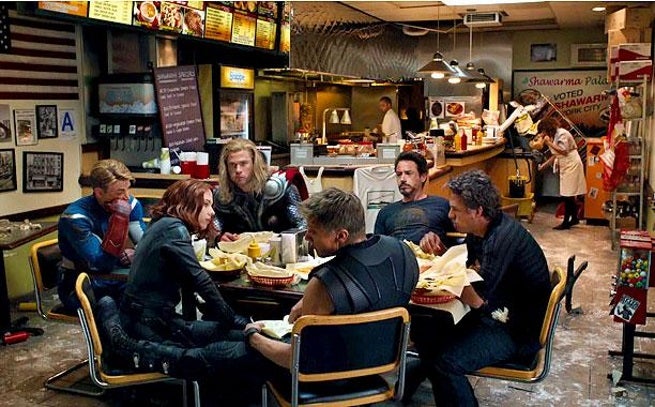 In a break from Marvel Studios tradition, Avengers: Age of Ultron will not have a post-credits scene, according to director Joss Whedon.

Whedon tells EW that they simply couldn’t’ find a way to beat the post-credits shawarma scene from the first Avengers, so they decided not to try. However, Marvel Studios president Kevin Feige is quick to clarify that the movie will have a tag, as with the other movies.

“There will be a tag,” Feige explains, meaning an epilogue scene that pops up mid-credits. “But there’s not a post-post-credit scene.”

“There is nothing at the very end. And that’s not a fake-out,” Whedon says. “We want people to know so they don’t sit there for 10 minutes and then go: ‘Son of a bitch! I’ll kill them!’”

Avengers: Age Of Ultron Will Not Have A Post-Credits Scene