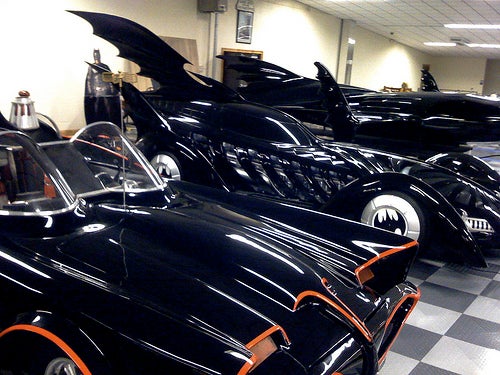 Truman says he loves the Batmobile from the 1960s, Adam West-starring Batman series so much, he decided to build his own.

You can see the fruits of that labor in the video embedded below as DweebCast host Andy Reismeyer spent some time with Truman, who reveals why he built his awesome Bat-ride and what it is about the car that fascinates him so much.

Nate also also talks about StarCarCentral.com, a place where owners of other cool movie and TV cars get together and show off their sweet whips!
Start the Conversation

Batman '66 Batmobile Gets a Spotlight in New DweebCast Video