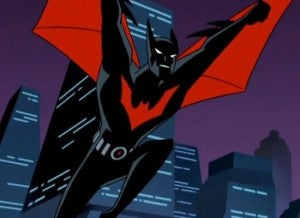 How will Warner Bros. follow Christopher Nolan's epic Dark Knight trilogy? The challenge that Warner Bros. will likely face is that fans might reject another origin reboot as being too soon, so it might be better for Warner Bros. to go a different route.

According to Batman-On-Film, they've heard rumors that the next Batman movie reboot could be an adaptation of the Batman Beyond animated TV series.  If Warner Bros. goes the Batman Beyond route with the Batman reboot, then it would be set completely outside Christopher Nolan's Dark Knight universe.

In the Batman Beyond animated series, an older Bruce Wayne trains Terry McGinnis to be the new Batman in a futuristic Gotham City. It would be an interesting take on the Batman franchise, which might help Warner Bros. avoid criticism for doing something too similar to the Dark Knight too soon.

Batman Reboot Could Be Based On Batman Beyond

Boruto Gets Emotional with an Important Lesson from Naruto