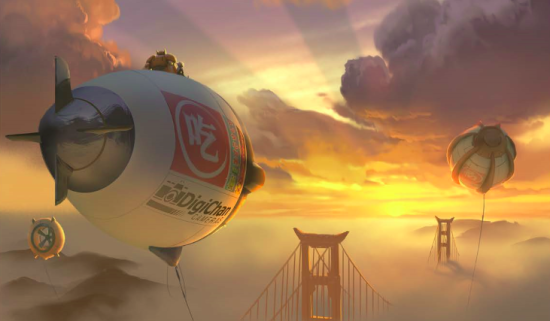 Williams co-directed and co-wrote Bolt, for which he received an Oscar nomination for best animated feature. He has also worked on Mulan, The Emperor’s New Groove and Brother Bear for Disney. He appeared in this year's Frozen as Oaken.

From Walt Disney Animation Studios comes Big Hero 6, an action comedy adventure about brilliant robotics prodigy Hiro Hamada, who finds himself in the grips of a criminal plot that threatens to destroy the fast-paced, high-tech city of San Fransokyo. With the help of his closest companion—a robot named Baymax—Hiro joins forces with a reluctant team of first-time crime fighters on a mission to save their city. Inspired by the Marvel comics of the same name, and featuring comic-book style action and all the heart and humor audiences expect from Walt Disney Animation Studios, the CG-animated Big Hero 6 hits theaters in 3D on November 7, 2014.