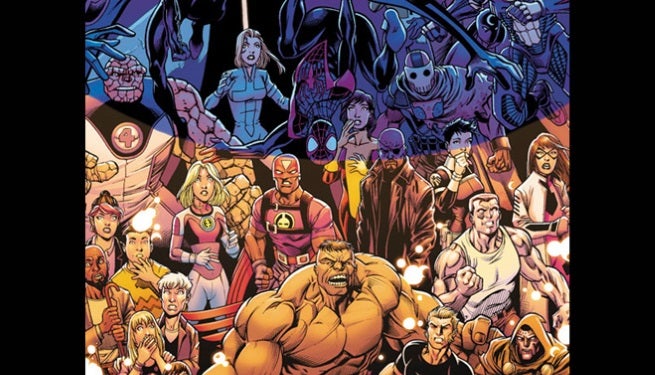 To get you up to speed and excited for the events, we’ve prepared a series of articles breaking down the events that were teased so that you’ll be ready to revisit them next summer. Today, we look at the possible death of a universe in: 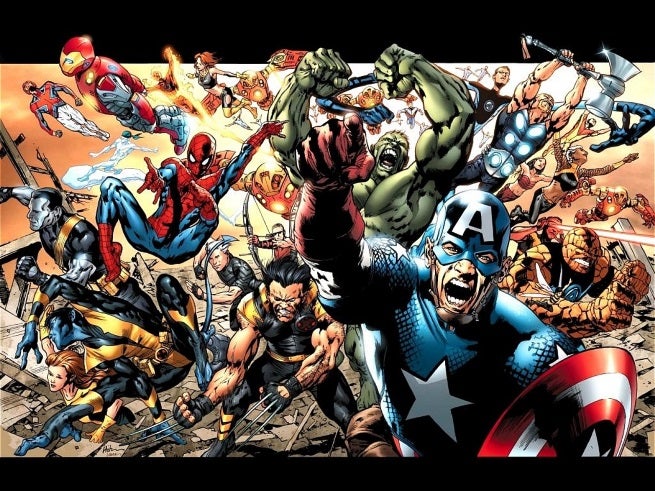 What Was It? Marvel’s Ultimate Universe was launched in 2000, as a way for the company to introduce their characters to a new audience, without having to deal with the crushing weight of convoluted continuity that was, at the time, weighing down their mainstream universe titles. The line kicked off with Ultimate Spider-Man, and was quickly followed by Ultimate X-Men. The Ultimates and Ultimate Fantastic Four would follow.

These series told updated version of classic Marvel stories, with updated versions of their most popular characters, who were often depicted as much younger than their traditional counterparts. Peter Parker, for example, remained high school age, and became the Daily Bugle’s webmaster instead of a photographer. His origin was changed so that he became Spider-Man thanks to the bite of a genetically engineered spider, rather than a radioactive one.

Following the Ultimatum event, the line reinvented itself, killing off many of the most iconic characters in the universe. This would build to the death of Peter Parker, and the introduction of Miles Morales as the new Spider-Man. Miles is easily the most popular creation of the Ultimate Universe, and his arrival signaled a shift in focus from retelling classic stories, to telling stories that you couldn’t get away with in Marvel’s 616 universe. 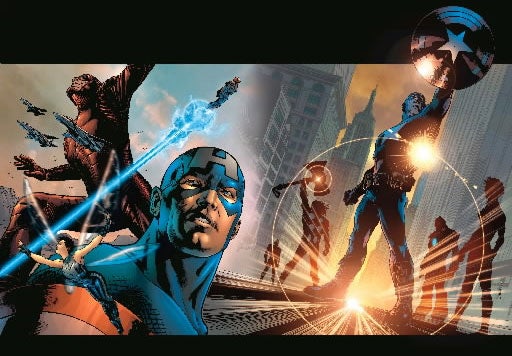 Was It Any Good? We’re talking about an entire impirint set in its own reality here, so it’s had its ups and down. Mark Millar and Bryan Hytch’s The Ultimates and The Ultimates 2 are considered to be essential modern superhero reading. The entirety of Brian Michael Bendis’ still ongoing run of Ultimate Spider-Man, in its various incarnations, has maintained its high quality storytelling for nearly 15 years. Millar’s early run of Ultimate X-Men made the X-Men enjoyable without having to have a degree in mutant history for the first time in years, and Brain Wood’s Ultimate Comics X-Men took the mutant metaphor to its logical end in a way that would be hard to pull off in the 616. All excellent comics.

On the other hand, Jeff Loeb and Joe Madureira’s The Ultimates 3 should be avoided at all costs, and much of the other Ultimate comics are simply forgettable. Despite the line’s original slogan, not everything published under the Ultimate banner could meet “The Gold Standard.”

The line was definitely a success, at least for a while. There were ongoing rumors that the Ultimate Universe would replace the 616 as the “main” Marvel Universe, and the Ultimate versions of characters started showing up more and more on licensed merchandise. The default costumes for the characters in the video game X-Men Legends were their Ultimate costumes, and Ultimate Spider-Man even got its own video game.

But the eventual resuscitation of the mainstream Marvel Universe diminished the promise and prestige of the Ultimate Universe. When Brian Michael Bendis reinvented the Avengers, and Joss Whedon came on board with the X-Men, they streamlined both franchises to their essentially parts, accomplishing what the Ultimate Universe set out to do without jettisoning all of the history. The Ultimate line has been struggling to justify its existence ever since.

The most significant of all would be Peter Parker. He was the nexus of the Ultimate Universe, with ties to the Avengers, a relationship with Kitty Pryde, and an important role as Spider-Man. His death truly signaled a new era for the Ultimate Universe, putting Kitty on the path of revolution, and giving Miles Morales a chance to become a hero. 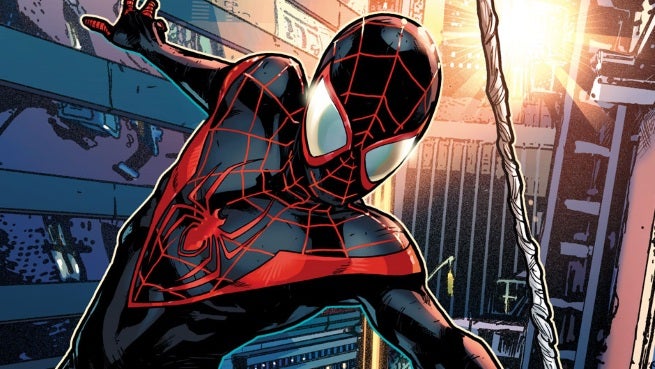 Lasting Consequences: I tend to look at the early days of the Ultimate Universe as a prototype for superhero television. Using younger versions of classic characters to tell modernized version of classic superhero stories has proved a recipe for success. The Ultimates had a huge influence on the way the Avengers made their way to the screen, and I’m not just referring to casting Samuel L. Jackson as Nick Fury. In the end, the Ultimate Universe proved that these characters can work in a modern setting if you just give creators enough room to play. 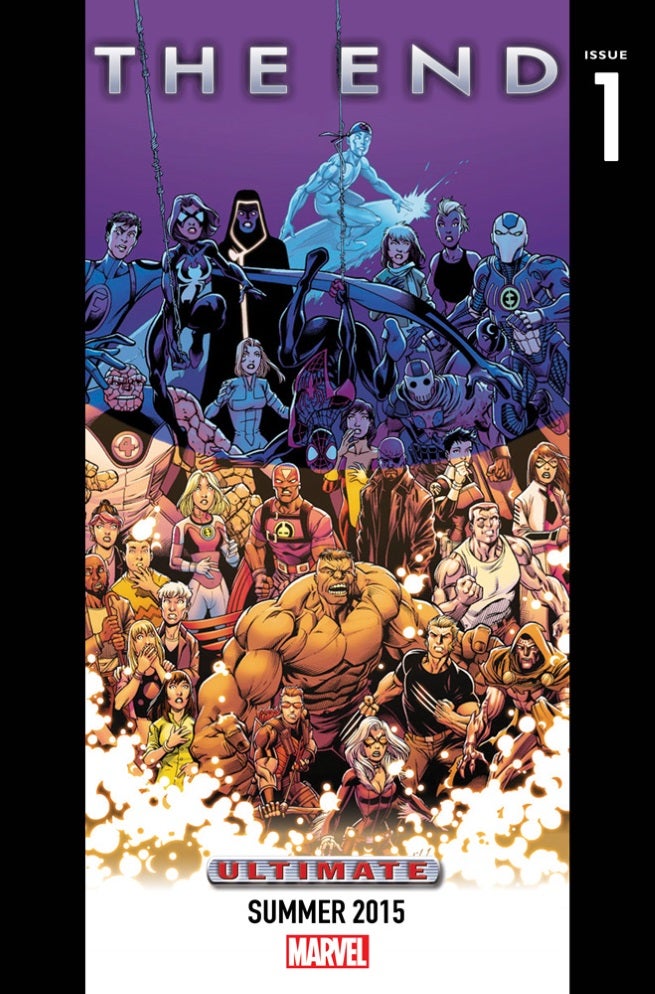 The Teaser: The title seems to speak for itself. The Ultimate Universe is going to end up a part of Battleworld, and it would seem that it’s not going to survive the experience. Though, we’ve been led to believe that the Ultimate Universe was closing up shop before, so we’ll see.

AEW Revolution: Christian Cage Signs with AEW and Fans are Loving it