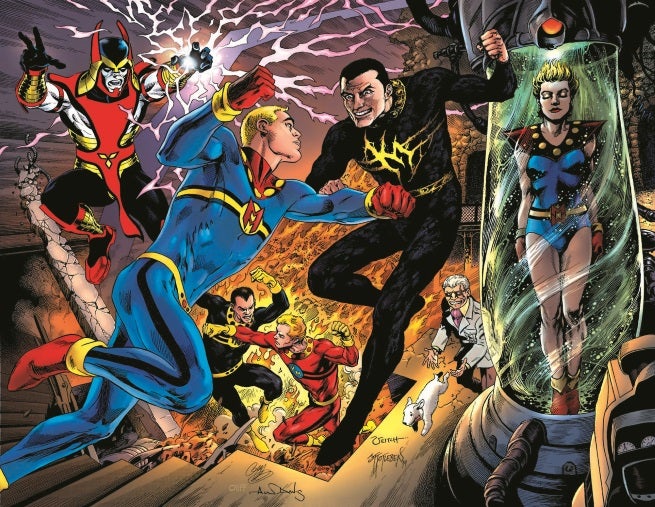 The saga of Miracleman continues in Miracleman by Gaiman & Buckingman #1, announced at today’s “Marvel: Next Big Thing” panel from the Chicago Comic and Entertainment Expo.

Picking up two years after the decimation of London, this series will reprint the beginning of Neil Gaiman and Mark Buckingham’s unfinished Miracleman storyline, before the creators finally have a chance to finish telling the tale.

The series sees Miracleman now ruling over a bright new era of humanity from atop Olympus, but not all of the pilgrims who come to petition him have pure motives.

Miracleman by Gaiman and Buckingham #1 goes on sale in September. Check the gallery below to see two variant covers for the issue.

C2E2: Miracleman By Gaiman & Buckingham Returns The Unfinished Story To Print In September

Guardians of the Galaxy Director Says Marvel Didn't Ask Him to Include Anything in Vol. 3