We're back for another week of stunning comic book action and this week is a BIG one!!! Leading off the week of big releases is the final, yes the FINAL issue of Kick-Ass, the Mark Millar-penned series featuring the adventures of an everyman (boy) making a name for himself in the superhero realm! Kick-Ass #8 will bring it all to a close, and just how will the series top itself, considering all the violence, action and shocks it's delivered so far? You'll have to pick it up to find out! Speaking of finales, another big one comes from Marvel as well this week with Captain America: Reborn #6 bringing to a close the battle for the body and mind of Steve Rogers! How can the Avengers stop the Red Skull's sinister plans? The Mole Man returns as Marvel's first family begin a new story arc in The Fantastic Four # 575. There's no rest for the weary this week, as Norman Osborn's siege on Asgard continues in two big titles this week, Avengers: The Initiative # 32 and New Avengers #61! How much more can the Norse gods stand, and how can Captain America help? Read on, fair wenches (practicing my Norse-speak!). X-Men Legacy #232 continues the Necrosha story, as Magneto jumps into the fray! If you've been following Uncanny how can you be shocked? It's Magneto!!! It's dead mutants!! Nothing to argue about here! Ultimate Comics Enemy #1 will begin revealing who the Big Bad of the Ultimate universe is. Be here on the ground floor to learn for yourself!

It's justice, justice and more justice over in the pages of DC Comics this week, as a cavalcade of "Justice" groups splash across the pages this Wednesday! The big issue of Justice League of America is here! Issue forty-one brings the start of a new team and a new direction! It's an assembling of former members and some you'd never thought you see as a JLA'er! Justice Society of America #35 brings the team together as they face another threat from inside their own home! This time however, they've learned! It's a team-up fans have waited for in Detective Comics #561, as Batman and Batwoman join forces to track down a new psycho terrorizing and mutilating Gotham residents! Green Lantern #50 comes at the perfect time, as Blackest Night continues to spread over the DCU! Wonder Woman takes on The Crows, and not the loud, annoying kind, in Wonder Woman #40, and The Atom and Hawkman #46 continues The Atom's struggle against the undead! 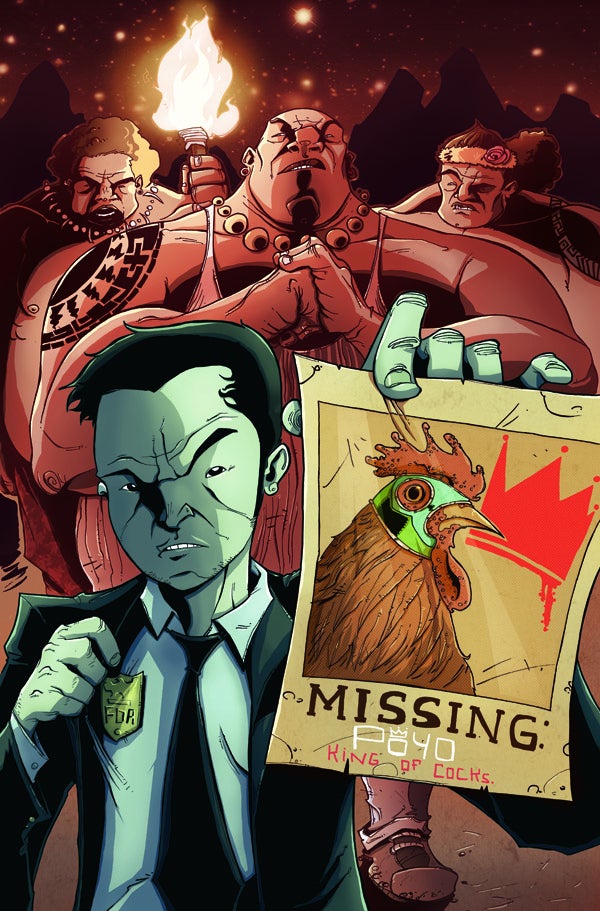 Bite into some Image Comics this week, with Chew #8 leading off a big week for the company! Who can defeat Poyo, king of the cockfighting ring? Never thought you'd hear that here, did you? The Walking Dead #69 sees the group finally arrive in Washington D.C. but is that really a good thing? Issue four wraps up Dark Kingdom, with plenty of death, waves and clashing to wrap thing up in this sea-faring miniseries! Dark Horse is getting in on the fun as well, as they offer two big titles this week. Predator #4 continues to show us while not only love is a battlefield, as Earth continues to grow bloody as two rival Predator clans continue to fight it out. Star Wars: Legacy #44 continues the Monster story with part two, and the team of Cade, Deliah and Jariah Syn find an unexpected surprise as they chase their bounty! Dynamite Entertainment lays it on us this week, with Robocop #1 hitting the stands. Everyone's favorite reassembled policeman is back! Also be sure to look for Black Terror #7, Buck Rogers #8 and The Complete Alice in Wonderland #2! Top Cow is releasing The Darkness: Shadows and Flame this week, a tale that takes us back to the turn of the 20th century and a journey into a story of suspense, darkness and more! Hear ye, hear ye lords and ladies, for Boom is releasing Muppet King Arthur #1 this week, their take on the legend of Arthur and his knights! Don't forget about The Incredibles #5 and for the more mature set, there's The Unknown: The Devil Made Flesh #4. Get to reading! There's tons of titles and too little time to read them all before the next week!