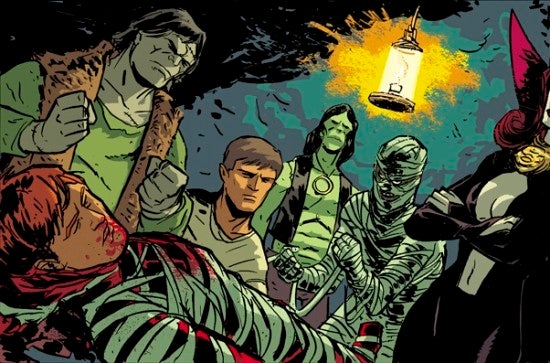 artist Jason Copland comes to the Marvel Universe in November as the guest artist on Daredevil. It will be the artist's first published work on a Big Two superhero book. With just four months to go before Mark Waid and Chris Samnee's series is at an end, Copland pits Daredevil against the Legion of Monsters--a job for which he [Copland] is seemingly well-suited. Marvel Comics have released a preview of the issue, which you can see below. This November, Matt battles for survival against supernatural foes unlike any other in the terrifying Daredevil #33! From the award-winning creative team of Mark Waid and Chris Samnee comes one of the strangest Daredevil tales yet! The Man Without Fear's quest to end the Sons of the Serpent organization has put him in the undead clutches of the ghastly Legion of Monsters! Now, Daredevil must battle against Zombies, Werewolves, Mummies, and even the Daughter of Satan! Not to mention the Sons of the Serpent themselves! With these frightening foes closing in, is it possible the Man Without Fear might just be afraid of something after all? Don't miss th shocking Daredevil #33 for the answer! DAREDEVIL #33 (SEP130728) MARK WAID & CHRIS SAMNEE – Storytellers PENCILS & INK by JASON COPLAND Cover by CHRIS SAMNEE FOC – 10/28/2013, On-Sale – 11/20/2013 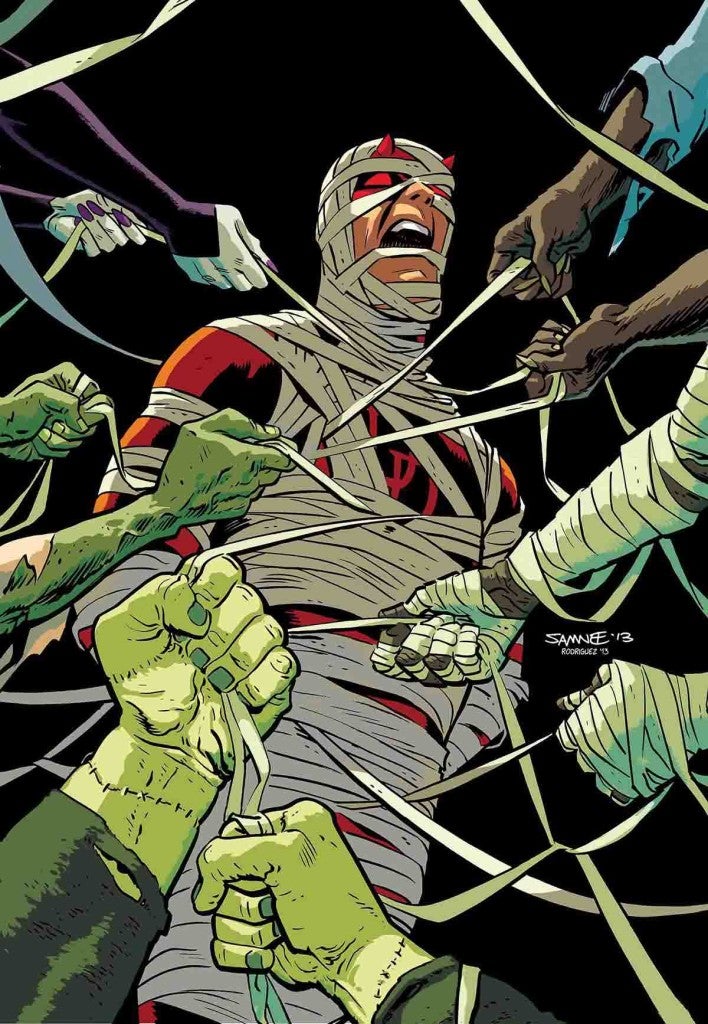 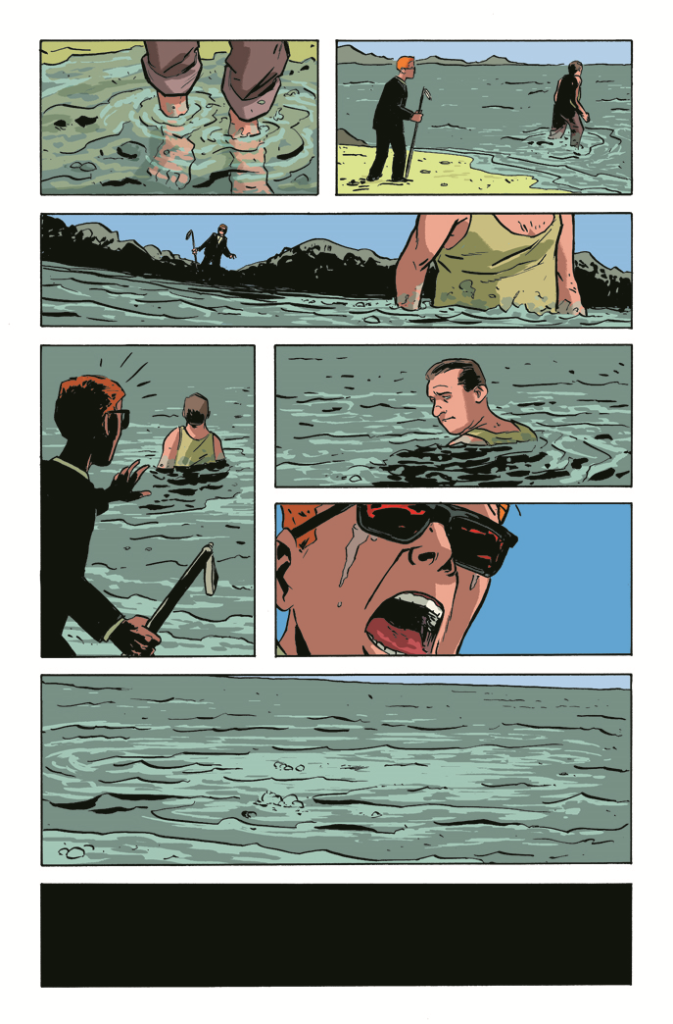 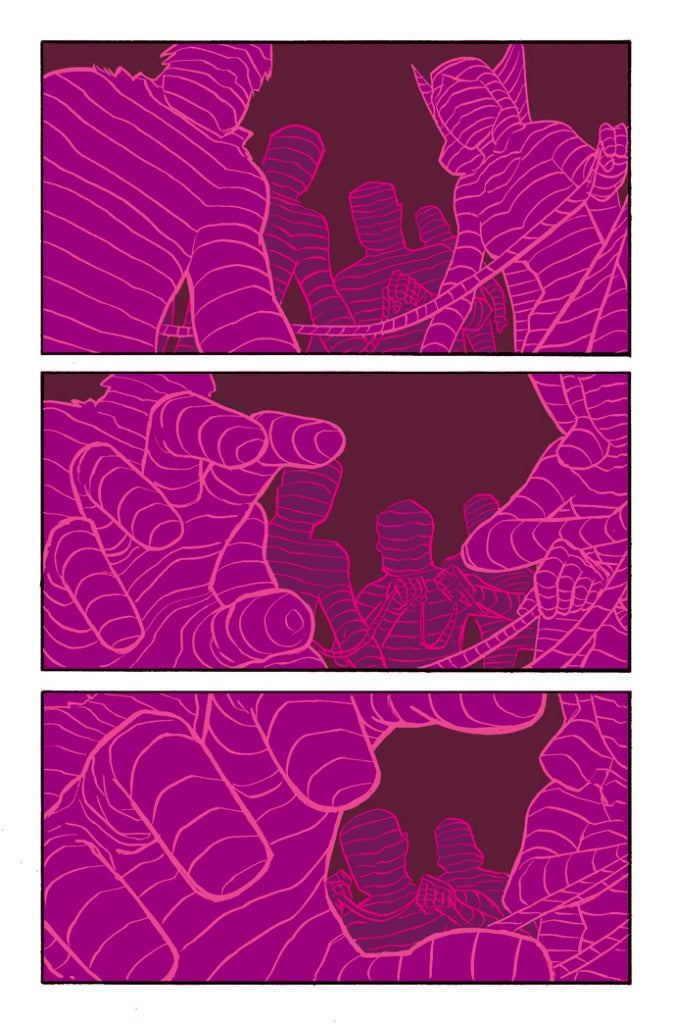 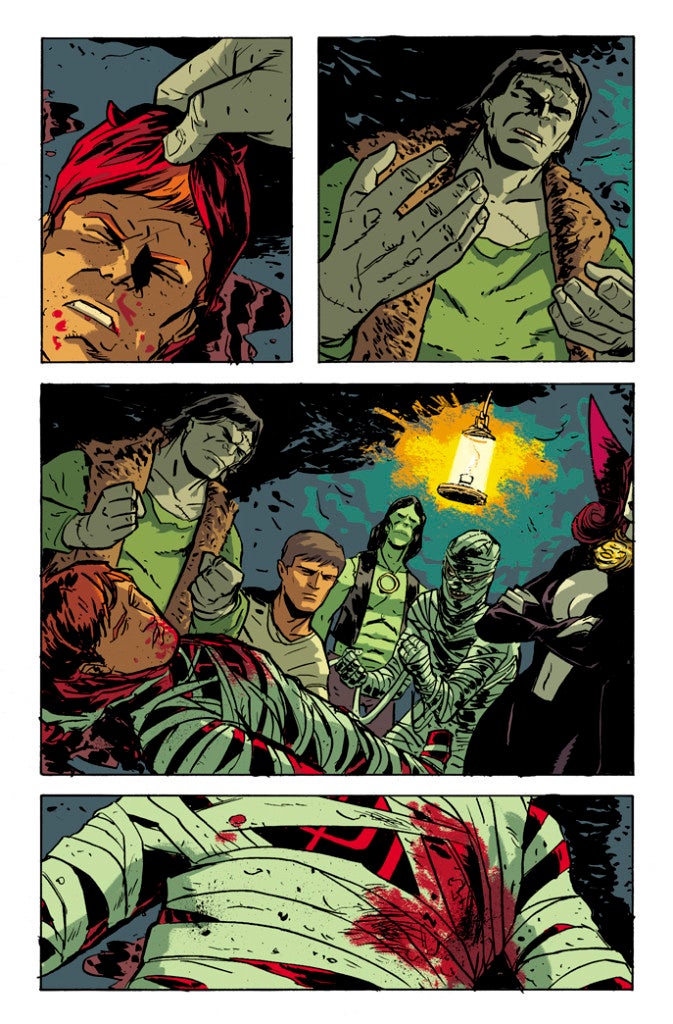