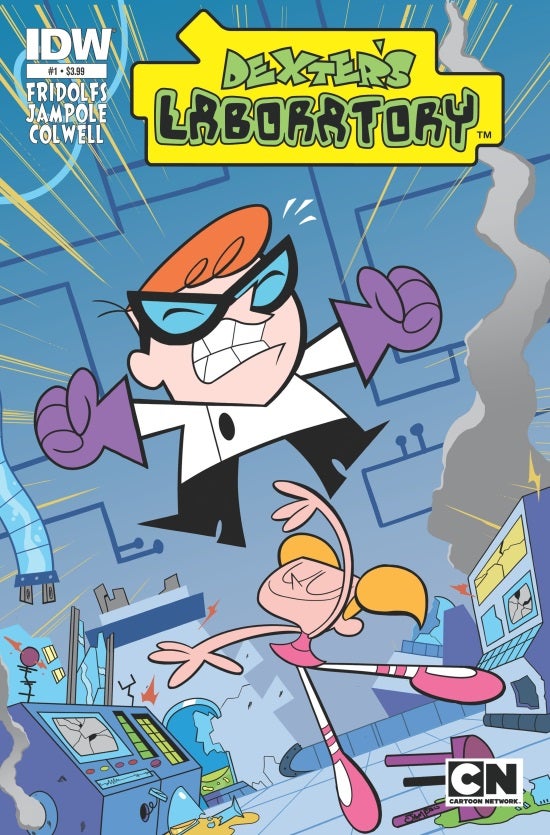 IDW Publishing is bringing "Dexter's Laboratory" to comics. "Dexter's Laboratory" is just the latest Cartoon Network property being brought to comic books by IDW, following the successful launch of comics based on "Samurai Jack," "The Powerpuff Girls," and "Ben 10." "Dexter's Laboratory," created by Genndy Tartakovsky, stars a boy genius with a secret lab hidden in his room, right under the nose of his clueless parents and his destructive sister. He struggles against his own wayward creations, a rival boy scientist, and the meddling of his own sister. "Dexter's Laboratory" was one of Cartoon Network's most successful original creations. "Dexter, Dee Dee and their unending battles always cracked me up, so I'm really happy to help bring them back to comics!" says Sarah Gaydos, IDW editor. "Working with Derek Fridolfs again is super fun, and Ryan really brings the energy and humor we all remember from the animated series." The new series will written by Derek Fridolfs ("Batman: Li'l Gotham") with art from Ryan Jampole ("Mega Man"). "As someone who grew up with an older sister I fought with, I feel a certain kinship to Dexter (I'm still working on the boy genius part), say writer Derek Fridolfs.  "I've always enjoyed the clever stories and look forward to helping Dexter achieve success, even despite himself. This is gonna be a blast!" "Dexter's Laboratory" debuts this April.