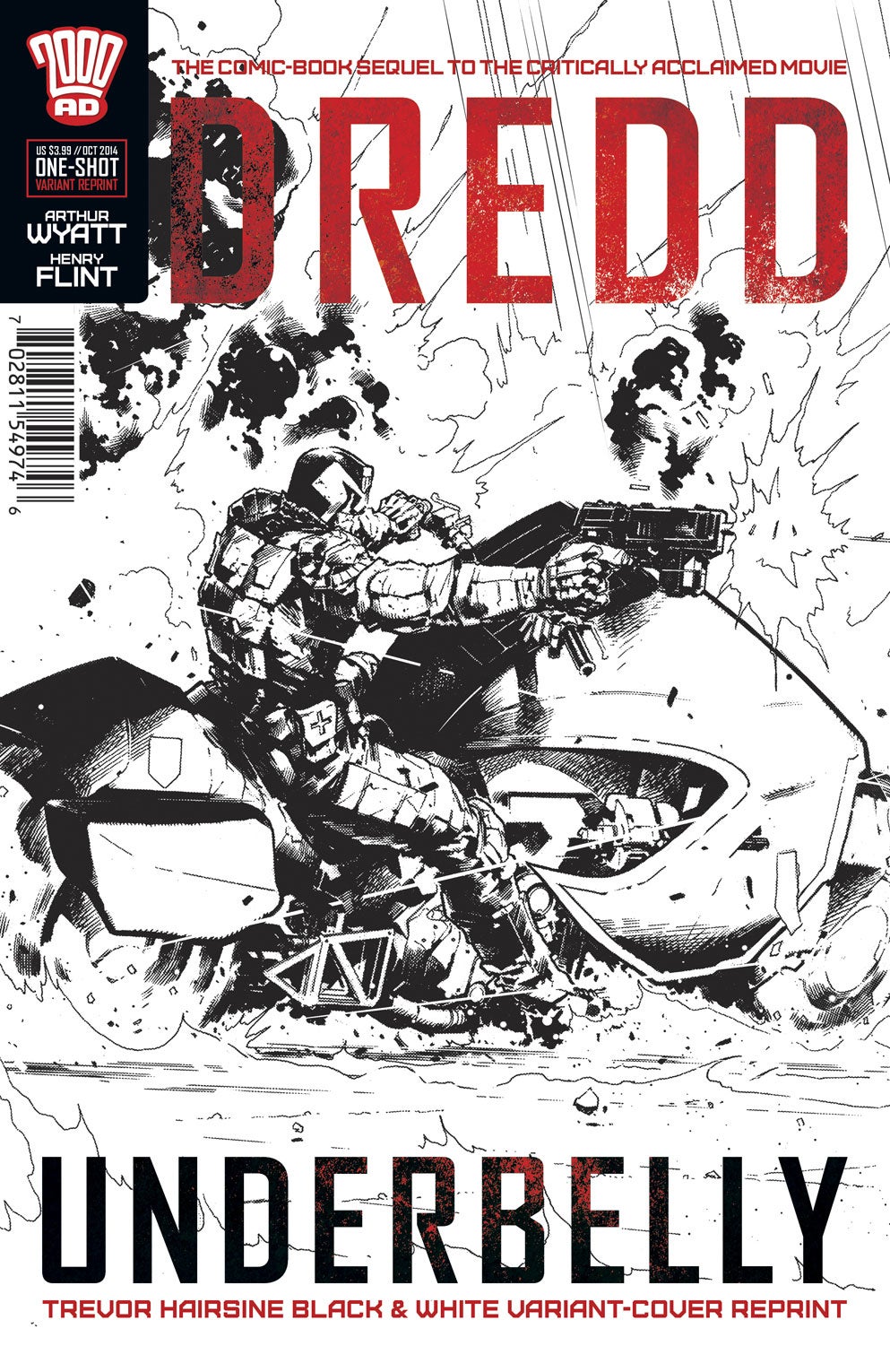 Trevor Hairsine will provide a new cover for the upcoming third printing of Dredd: Underbelly, the comics sequel to 2012's Dredd 3D.

Hairsine, best known in the U.S. for work on Marvel titles like Captain America and X-Men, got his start at 2000AD, and worked on Judge Dredd stories early on, noted ComicsAlliance, who got the first look at the cover.

Picking up where the movie left off, Dredd; Underbelly deals with the fallout from the death of Ma-Ma Madrigal and the collapse of her empire, and sees Dredd dealing with a new drug that allows the users to see into the future.

The third print of Dredd: Underbelly will street in October.