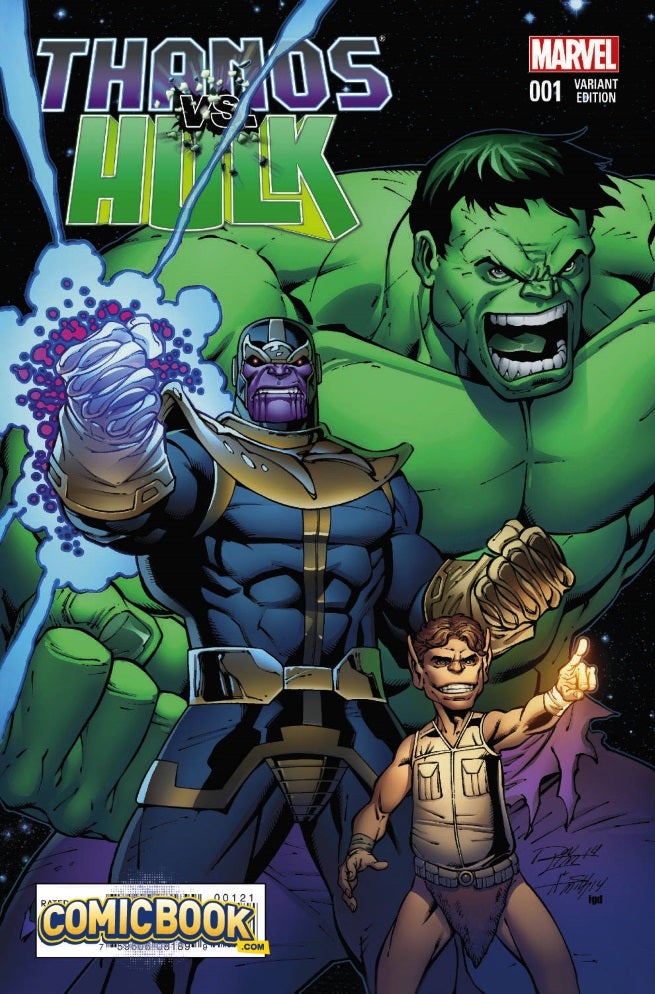 Marvel Comics has provided ComicBook.com with an exclusive first look at Ron Lim’s variant cover for Thanos vs. Hulk #1.

Lim is no stranger to drawing Thanos, having been an artist on all three chapters of the Infinity Trilogy – Infinity Gauntlet, Infinity War, and Infinity Crusade.

Jim Starlin returns to his popular creation, “The Mad Titan” Thanos, for this four part miniseries that sees Thanos crossing paths with the Hulk after the Green Goliath is sold by Pip the Troll to Annihilus.

• An all-new four-part story by fan-favorite Jim Starlin begins here!
• The Hulk is kidnapped by Pip the Troll and traded to Annihilus!
• Then Thanos of Titan gets thrown into the mix...
Rated T+