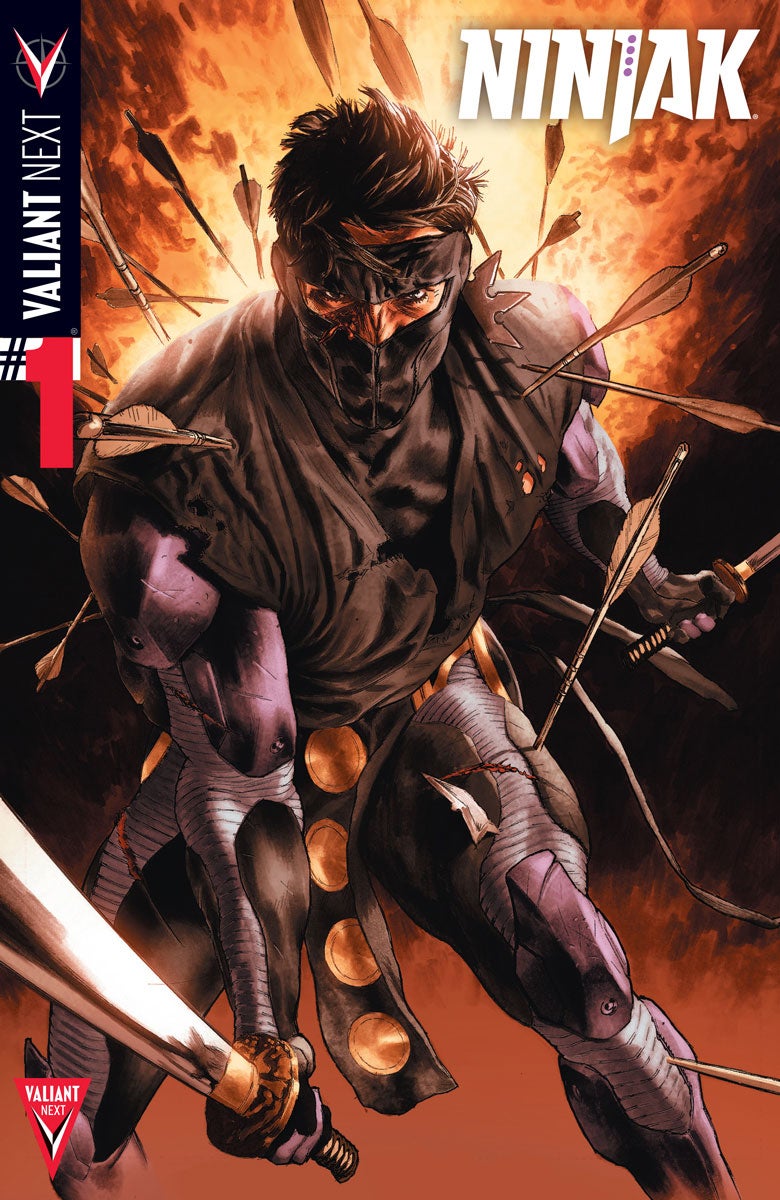 Butch Guice is heading to the Valiant Universe with Ninjak #1, and ComicBook.com has your first look at the superstar artist's pages from the upcoming spy series.

Written by Matt Kindt, Ninjak tells a tale that, literally, spans the entire length of Ninjak's life. The title will be split into two features, as the first follows Ninjak's present-day adventures while the second, titled Ninjak: The Lost Files, tells Ninjak's never-before-seen origin story. While Clay Mann will illustrate the modern story, Guice will tackle the scenes from the past.

But as the series progresses, past and present will begin to blur. Secrets from Ninjak's origins will affect the events of the present, and vice versa, with every new issue. In fact, Ninjak's origin is so important to the main conflict, that Valiant expanded the Ninjak series to a colossal 40 pages, giving the second feature the proper breathing room. The real icing on the cake, however, is that Ninjak will keep the original cover price of $3.99. In an age where 32 page comics will set you back $5, that's one massive bargain.

If you needed another excuse to salivate over this book, check out Guice's interiors in the gallery below.

WandaVision and The Mandalorian Nominated for DGA Awards

How Not to Summon a Demon Lord Reveals Season 2 Opening, Ending Theme Details