Superhero comics are a funny thing; because they’re an ongoing, serialized storytelling medium, virtually every character and every creator eventually gets stale. Sometimes you can bounce back from it and sometimes you can’t, but often the only way a creator can really rejuvenate his work after it starts to get coarse around the edges, is to take on another project.

That’s often something that the publisher doesn’t particularly want, especially when the creator in question has been associated with a successful run on a character. When that person is getting ready to leave, then, it’s incumbent upon the publisher to try and find a way to build up the next guy and, ultimately, half the time that’s going to be a disappointment. So as often as not, writers and artists remain on a title long after their best days are behind them.

We wanted to take a look at some such titles and decide when, exactly, the creator or creative team could have left in order to keep their legacy untarnished. 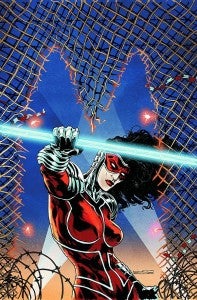 One of the best series DC has published in years, Andreyko and a rotating cast of artists (most notably Jesus Saiz, who has gone on to become a staple at DC) reinvented a long-stagnant property as a clever, real-world take on superheroes with a stellar supporting cast and one of the strongest, most relatable female leads of any Big Two series on the stands.

It got cancelled, and then the fans brought it back form the dead. Awesome, right? Not so much. After a brilliant first 25 issues, Manhunter was resurrected for a brief trial run during which it was good, but not great.

Then it was cancelled again at issue #30, only to once again rise up and walk, a shambling, incoherent zombie version of its former self.

Editorial meddling cut off a promising story arc just as it was about to start and instead forced a never-ending parade of B-list guest stars on the book, turning a disaffected loner into one of the most prominent social butterflies in the DC Universe in the hopes of bolstering sales.

Manhunter single-handedly proved to its loyal fans that it’s better to go out on a high note than to have an ongoing series that just withers on the vine. 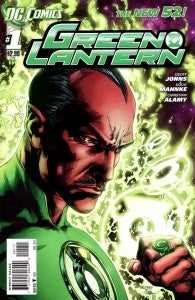 After years away from the role, Hal Jordan put the Green Lantern ring back on again…and Geoff Johns was almost instantly catapulted into comic book legend. Going from Green Lantern: Rebirth into a well-written series that ably balanced major events and overshadowed many of them with its own sprawling, epic in-title “wars,” Green Lantern quickly became a critical darling and one of the most beloved titles in DC’s stable.

Hopping from event to event eventually leaves your readers pretty tuckered out, and it seems as though it’s against Johns’ religion to give anyone time to stop and smell the roses. The first ten issues of the ongoing series seem now to have been essentially a placeholder, just keeping the title warm while Johns kicked off his master plan beginning in 2005’s Infinite Crisis. Since that series concluded, we haven’t seen much of Hal’s supporting characters, and he’s become essentially a 24/7 superhero with no real identity outside of the Corps. While many fans might prefer that, it makes the character feel one-dimensional and frankly seems like introducing and fleshing out all of those character in the first year or so was just a ton of wasted time.

This run could have ended with Blackest Night, and I wouldn' t have lost a moment of sleep. In fact, isn't that when Johns' original artist on the title, Ivan Reis, had the good sense to get out?

With no human characters as a touchstone and no issues spent stopping to allow new readers to get their bearings, Green Lantern was a non-stop thrill-ride…until it just got overwhelming and confusing. Adding to its troubles is the fact that only GL and Batman didn’t have their continuity rebooted in the wake of Flashpoint…except, of course, the parts that were. Not that anyone can or will tell you which parts those are.

Johns’ own ambition seems to have turned the title into a trainwreck, and while so far the sales aren’t suffering, I’d posit that’s mostly due to fans buying out of habit, or in the vain hope that they’ll one day get resolution to dozens of dangling plot threads. Once it turns out they won’t, or once Johns leaves and hands it off to a writer who’s not as big a superstar, we’ll see what the real interest level has dipped to. 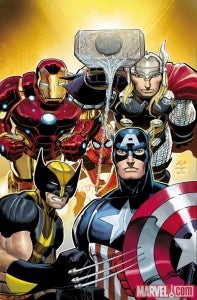 The Avengers by Brian Michael Bendis

This isn’t going to be one of those things where I complain about Bendis’ pacing or characterization; his Avengers titles, like the rest of his books, feel like Brian Bendis books, but that’s not inherently a bad thing. After all, the same can be said for Alan Moore or Jack Kirby, and obviously Bendis is a master at the long game, thinking six or ten moves ahead and helping craft Marvel’s long-term strategy…and selling out his own books while he does so.

Every story that’s happened for the last however-many years, Bendis and Marvel editorial take great pains to tell the fans, “everything has been building to this.” It seems like empty hype, but most people believed it…right up until around the time of Secret Invasion. That was a story Bendis had teased and played around with for so long that when it finally hit, it felt like the end of something—and it was. His Avengers run hasn’t been terrible since then, but it’s lacked the gravitas it once had and every subsequent upheaval has felt like a writer going through the motions.

Hopefully his next challenge will reinvigorate him, as it’s clear from Spider-Men that he’s not out of practice. 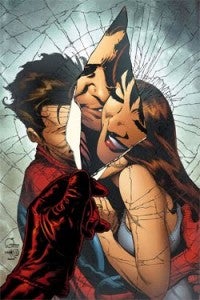 Joining a floundering Spider-Man book along with artist J. Scott Campbell, JMS made the book one of Marvel’s flagship titles again virtually overnight and sold out issue after issue, introducing a bold and creative new mythology to the character’s backstory and making bold moves like removing Peter from the Daily Bugle and revealing his identity to Aunt May. It was a brief, spectacular run that redefined the character for a generation. It all culminated with a beautifully-done 9/11-themed issue in which Spider-Man and other New York heroes of the Marvel Universe found their way to Ground Zero to help out the first responders in a touching and much-needed story.

Well, the spectacular part of the run was brief, but the run itself was…interminable. That great new mythology stretched out into an epic story that eventually stopped making sense, and either Straczynski or Marvel Editorial was always trying to force some crazy idea like Gwen Stacy having decades-old bastard children with the Green Goblin down our throats. And then, of course, going out on a high note was completely out of the question. Instead, we got One More Day. 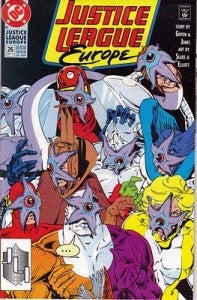 After Justice League and then Justice League International, Keith Giffen and J.M. DeMatteis launched Justice League Europe, meant to expand the franchise that their character-driven and humorous take had helped to revitalize. Sears and Elliott, an art team whose star was rising at the time, were called in to lend the book a credible, high-profile look in the absence of JLI’s Kevin Maguire.

Living on the reputation of Keith Giffen and J.M. DeMatteis is great--but after DeMatteis left the series almost immediately, Giffen and the original art team on Justice League Europe stayed on for substantially longer, working primarily with Gerard Jones. Jones is a guy who inexplicably got a ton of work at DC at the time in spite of none of it being particularly readable.

His dull and lifeless take on the team, mixed with occasional attempts at humor that were…well, attempts…failed to connect with audiences who didn’t particularly care to read about second- and third-string heroes if they weren’t being written in an interesting way.

Five Great Comic Book Runs That Went On Too Long