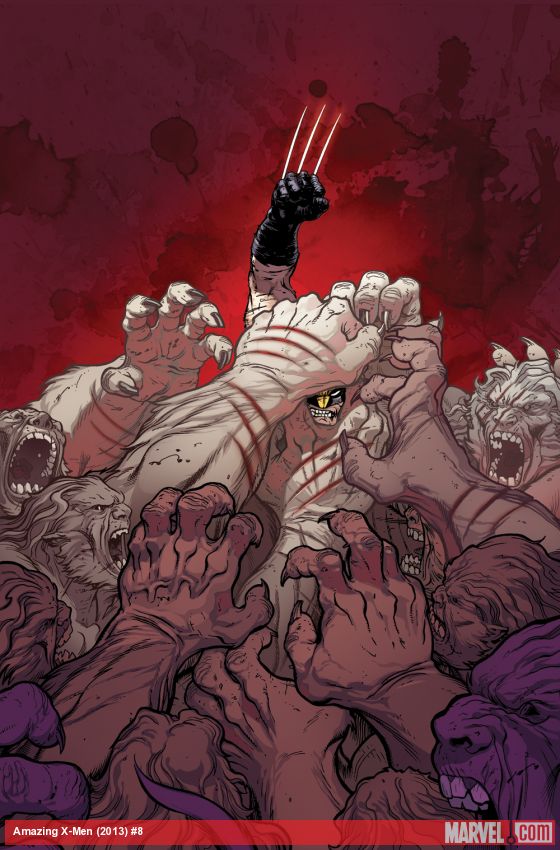 writer Chris Yost and his X-Force collaborator Craig Kyle will take over Amazing X-Men when Jason Aaron departs the book, Marvel Comics announced last night. Following the events of "The Quest For Nightcrawler," Kyle and Yost will bring Colossus back into the X-Men fold, as well, and continue the lighter, more fantastical tone Aaron launched the title with. "Chris and I are lifelong X-fans and love to weave stories that tap into the huge history these characters share," Kyle said. "The personal, professional, social, emotional, psychological, and spiritual conflicts experienced by each X-Man offer us rich story material to pull from. In the coming issues we hope to create new stories that will please longtime X-fans like us while still allowing a clean entry point for new readers to jump right in." "For me the appeal of this book was that classic core team," Yost added. "We're both hugely influenced by the [Chris] Claremont run [on Uncanny X-Men], and this team that Jason Aaron put together has that feel." That run, of course, included the classic X-Men story "Days of Future Past," which serves as the premise for this summer's feature film adaptation by director Bryan Singer. Colossus, added to the title here, will play a role in that movie, although Nightcrawler will not. The pair say that they, too, hope to tell enduring X-Men stories on a grand scale, and that the scope of their run should be evident from the very first story arc. "We plan to tell big, surprising, fun and emotional rides for the characters that hopefully the fans will want to read again and again. That's the plan anyway," Kyle said.