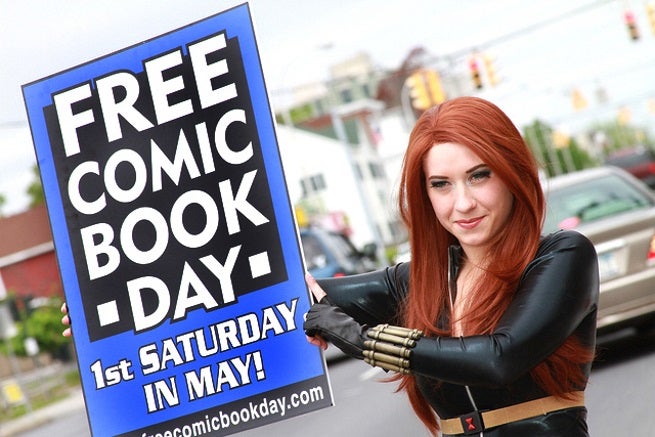 “We are extremely excited about the quality and diversity of the Gold level comic books that comic shops will be giving away for this year’s event on May 2,” said FCBD spokesperson, Deborah Moreland in a press release. “The Gold Sponsors are comprised of top publishers in the comics industry and we are confident that fans will be pleased with this year’s line-up of comics. Whether you’ve been a fan for years or you’re just getting into comics because you love the movies, TV shows and video games based on comics, then Free Comic Book Day and your local comic shop have the perfect comic for you!”

FCBD Silver Sponsor books will be announced on Wednesday, December 17.  Check out the Gold Sponsor comics covers and descriptions below: 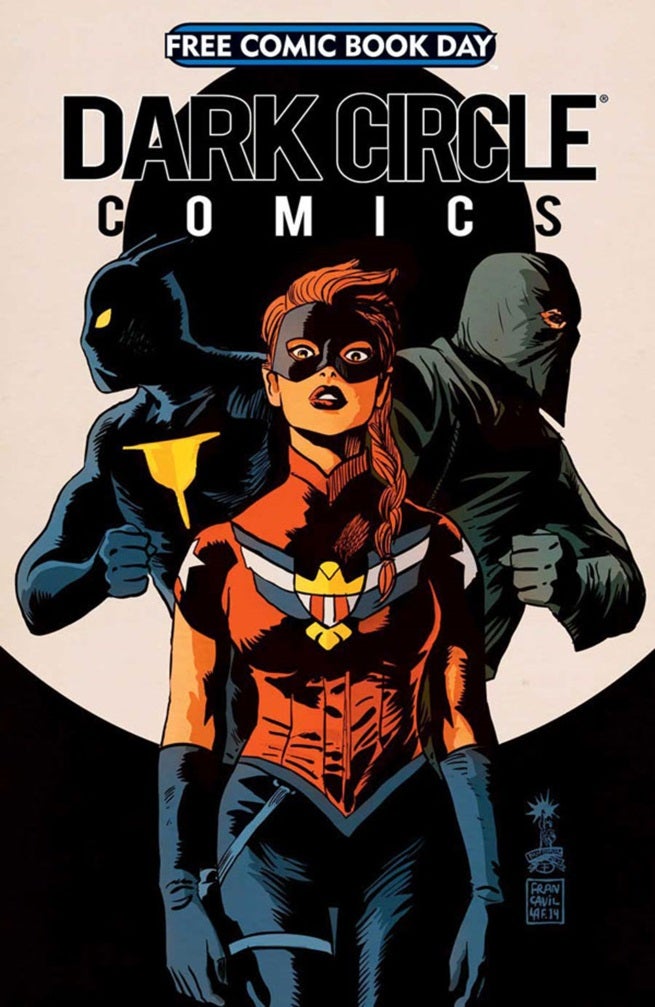 THE BLACK HOOD! THE FOX! THE SHIELD! Get in on the ground floor of Dark Circle Comics and experience the cinematic and creator-driven reinventions of these iconic properties. Who is the new Shield? How did the Black Hood come to be? Can things get more unpredictable for The Fox? Learn the secrets of the Dark Circle universe from the creators themselves via sneak peeks at the new series, creator interviews and a first glance at the next Dark Circle series — all held together by an eye-popping cover from Afterlife with Archie artist, Francesco Francavilla! 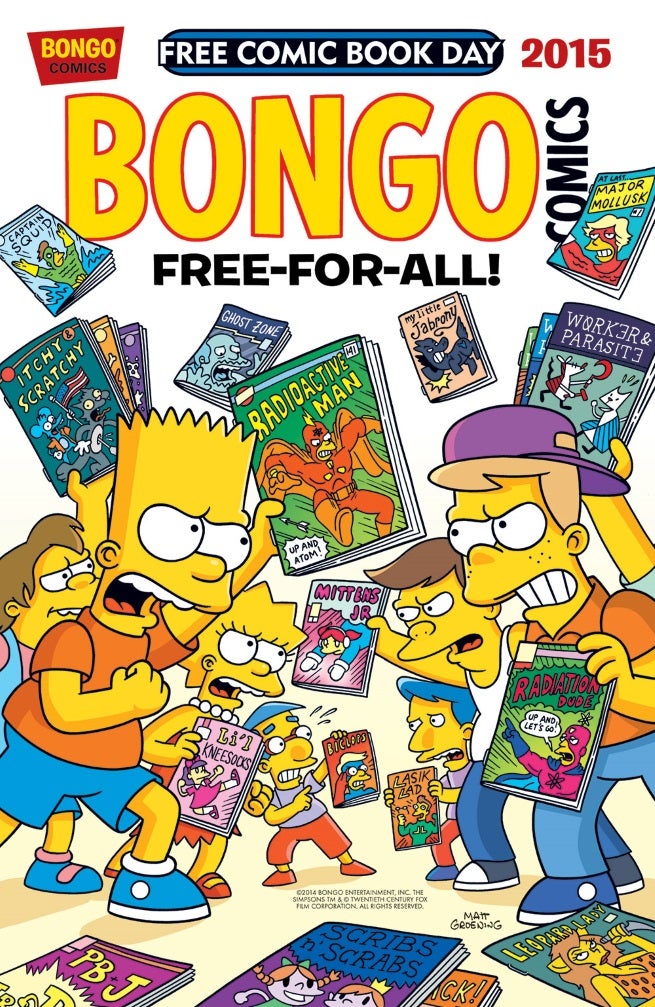 Get in line for the foremost Free Comic Book Day four-color giveaway of the year! When Bart brings one of Professor Frink’s recent discoveries to school, it leads to some hair-raising hilarity! Then, Lisa finds a doorway to an ancient past, Comic Book Guy gets a hip new girlfriend, and Homer tries his hand at some home improvement... and much more! 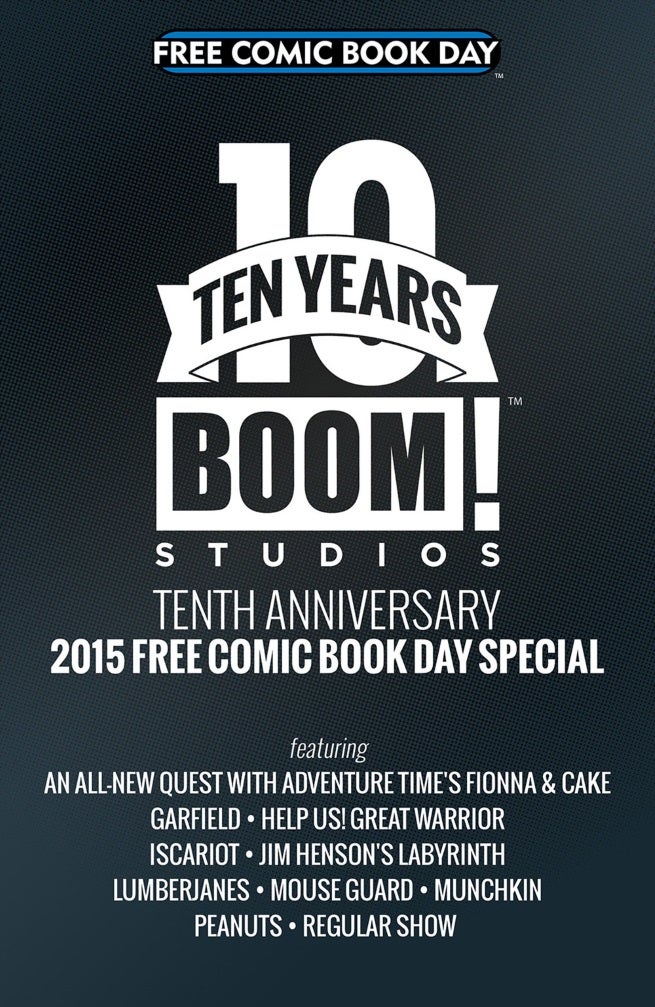 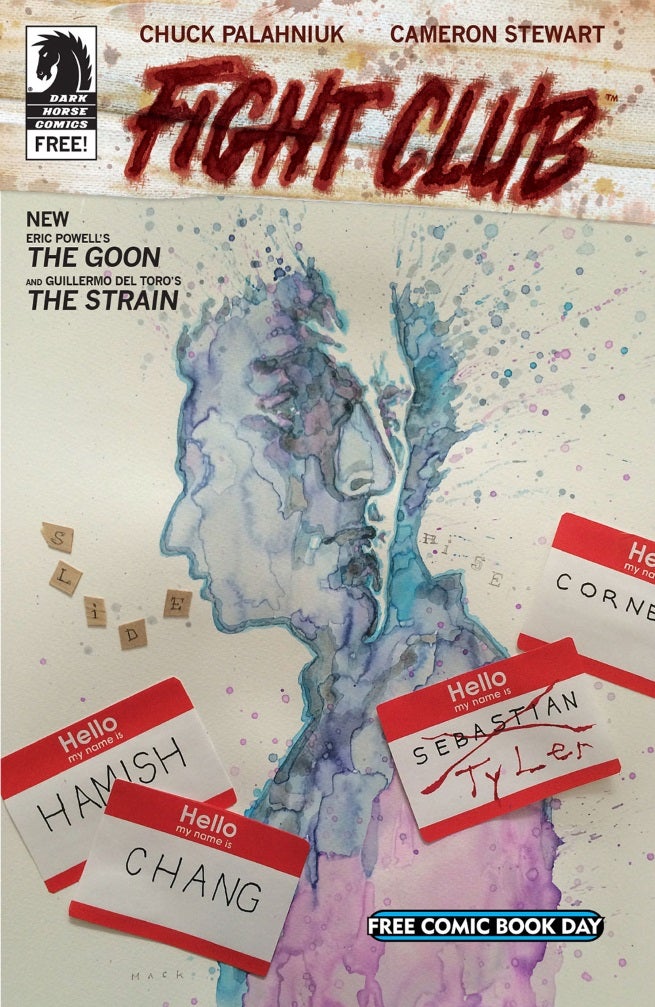 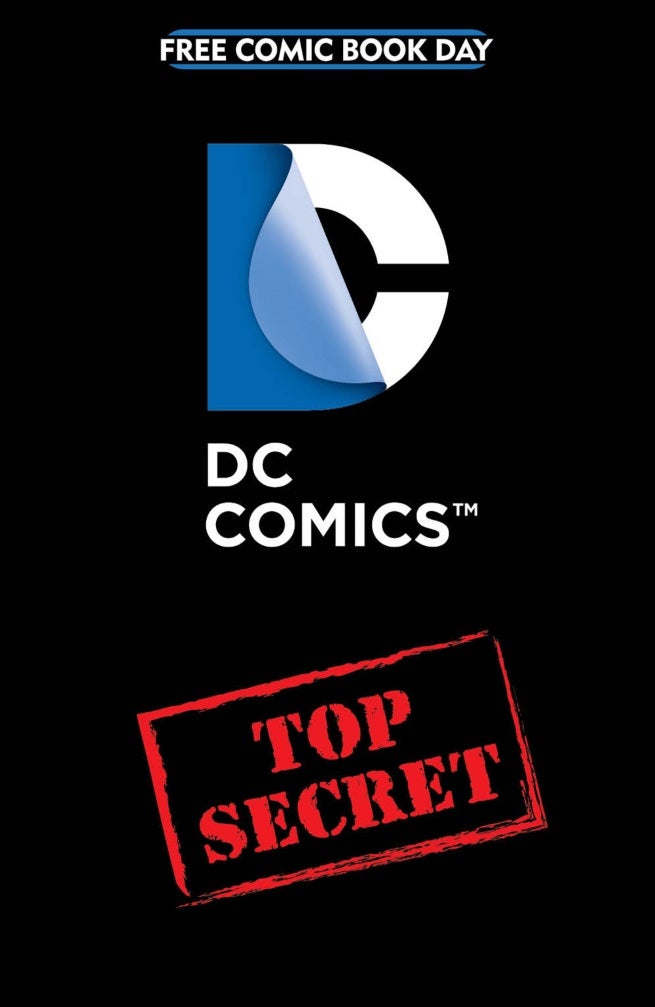 A special, Top Secret project too big to announce! Please check back in the February issue of PREVIEWS and at freecomicbookday.com for future updates! 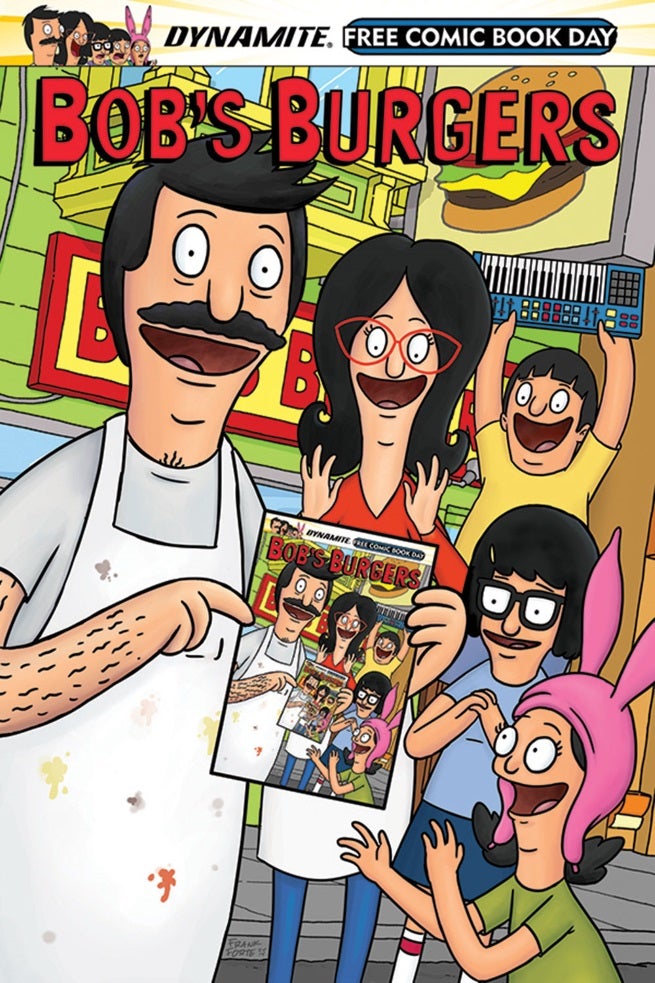 Bob's Burgers, the hit TV show created by Loren Bouchard, is now a comic book! The Belcher family — parents Bob and Linda, and their children Tina, Gene, and Louise — appear in this special Free Comic Book Day edition that collects the "Best Of" in-canon stories from Dynamite's first-ever Bob's Burgers comic book series. Thrill to Tina's “Friend Fiction”, Louise's “Unsolved Mysteries and Curious Curiosities”, “Gene Belcher Presents: The Musical”, and more! It's an all-ages extravaganza that captures the feel of Bob's Burgers perfectly — because it's a comic 100% created by show writers and animators! 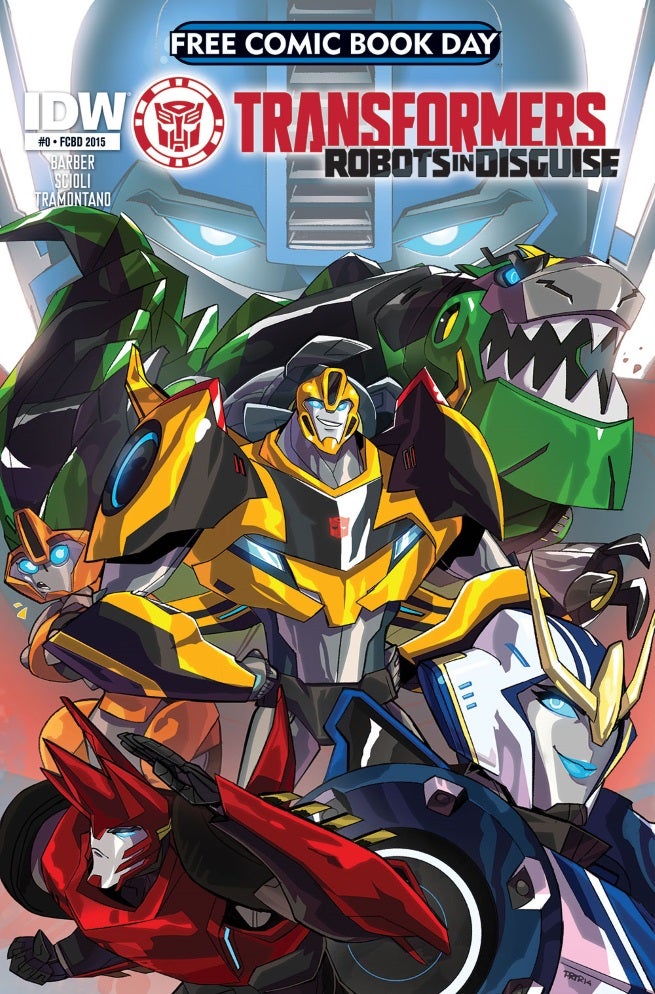 Optimus Prime is gone — and Decepticons are on the loose! It’s up to Bumblebee and an elite crew of Autobots to track them down before their rampage spreads across Earth! Transformers comics have never been hotter, and the excitement spreads to this all-original comic inspired by the all-new animated series! Plus: previews of IDW and Hasbro unbelievable publishing slate for 2015, including an exclusive Transformers vs. G.I. Joe strip! 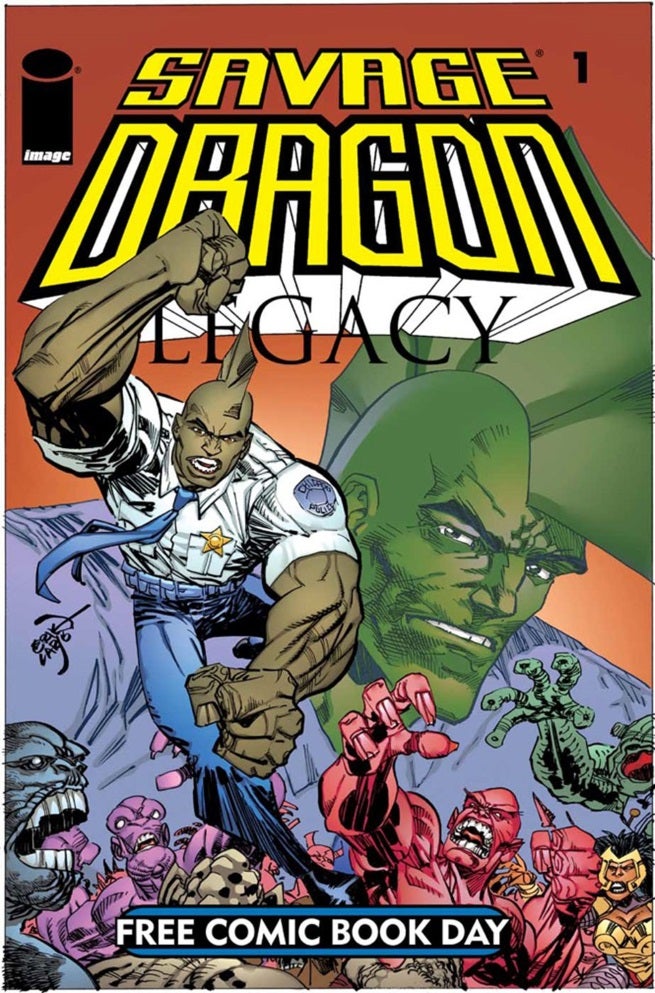 The generational saga of Savage Dragon reaches a new milestone as Malcom Dragon graduates high school and follows his father’s footsteps to the Chicago Police Department. Every young new officer has a lot to live up to, but for the son of a world famous figure as renowned as he is reviled, navigating the world of law enforcement is especially challenging. The cost of failure is high in a city becoming more dangerous by the day: Can Malcom step out of his father’s shadow and become the hero Chicago needs, or is he doomed to make the same mistakes? 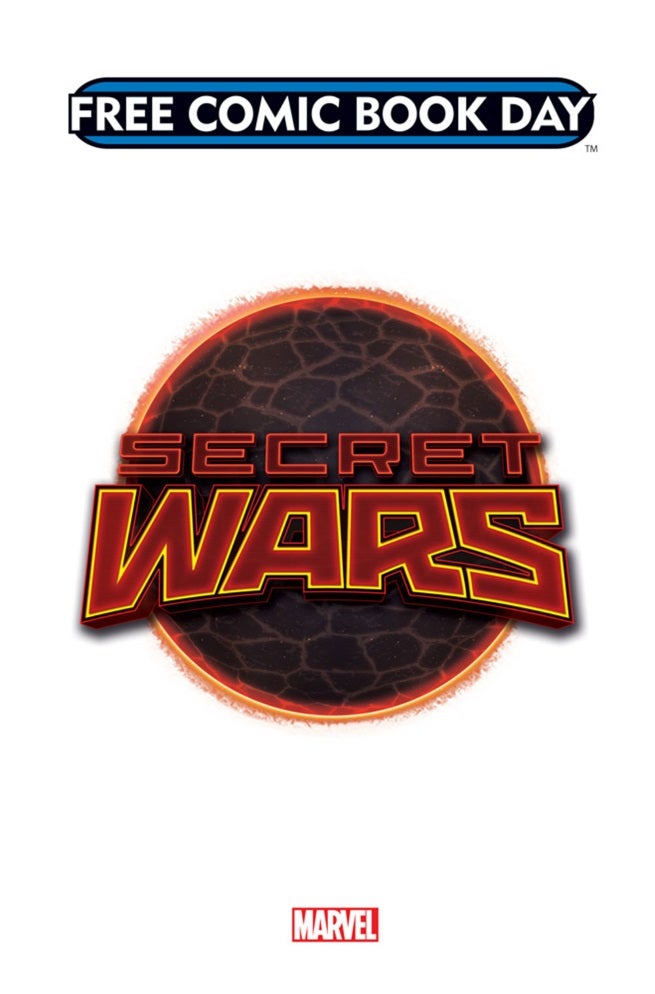 Prepare yourself for the final days of the Marvel Universe as you know it as the march to the biggest comic event of the year continues! From the ashes of a decimated cosmos rises… Battleworld! Amid the strange, patchwork realm, refugees from thousands of obliterated universes struggle for survival. Even if they can endure the horrors of Battleworld — the home they knew has been destroyed! Time has run out, and the opening salvo of Secret Wars has been fired. But can anything restore the Marvel Universe that once was? 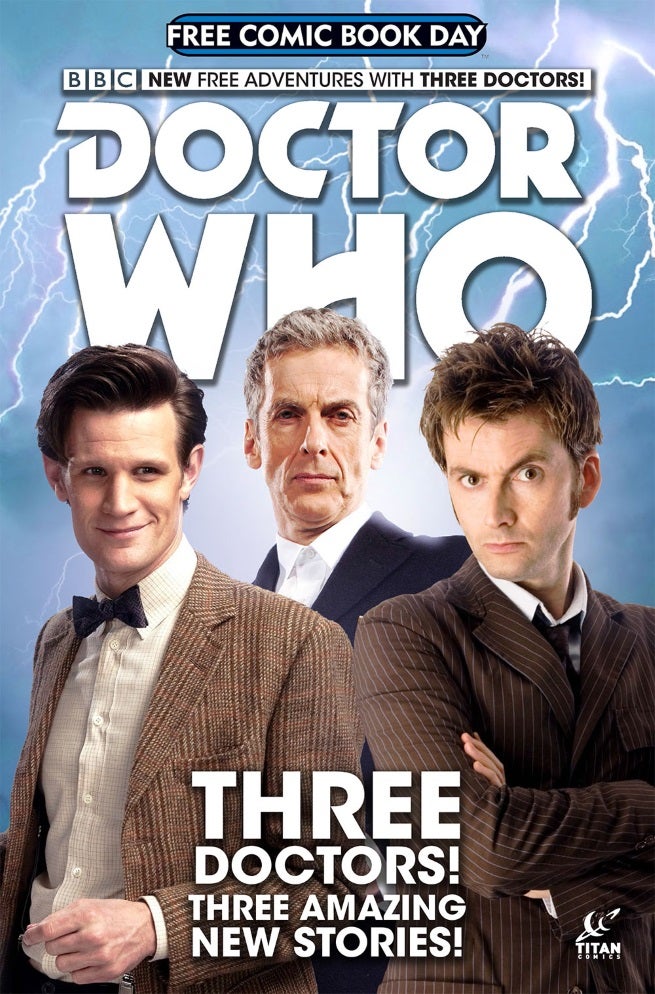 Take a blistering trip through time and space with three stunning all-new short stories featuring the Tenth Doctor, the Eleventh Doctor and the brand-new Twelfth Doctor, written and drawn by the ongoing Doctor Who comics creative teams. PLUS: A sneak peek of the Top Secret Summer 2015 event! Be the first to get a hint of the epic that will shake the Doctor to his very core! It's a must-read for fans, and the perfect primer for anyone looking to jump on board the TARDIS! 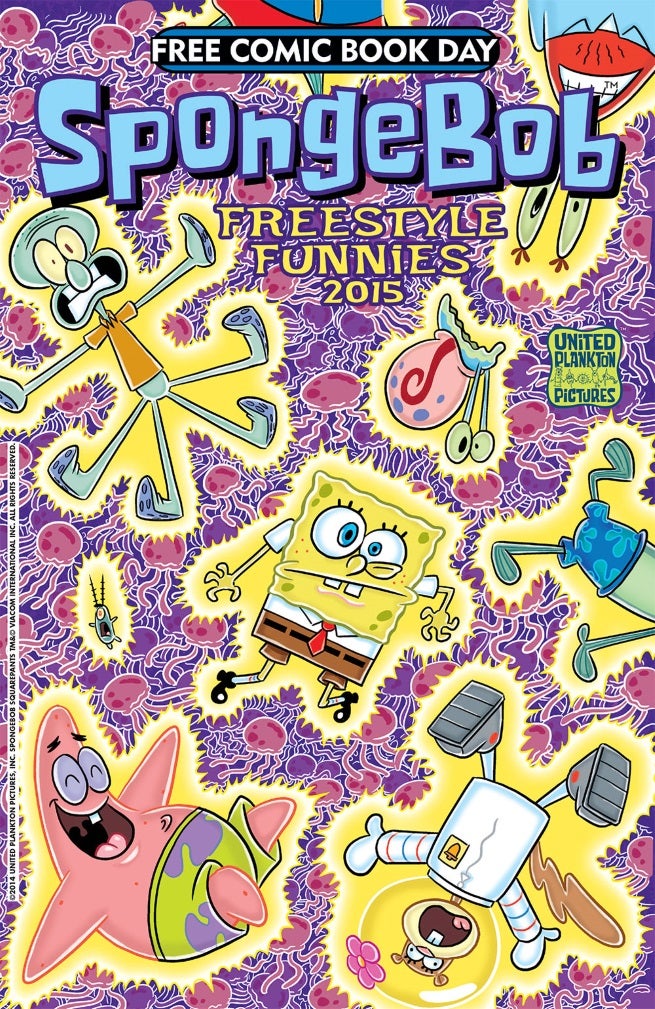 This year's SpongeBob Comics FCBD offering features a 22-page story by Boxtrolls director and Grickle cartoonist, Graham Annable! In "Tangy!" Plankton's new special sauce made from jellyfish jelly has strange effects on SpongeBob and the rest of Bikini Bottom's residents. The only one unaffected, the only one who can save them all, is a very reluctant Squidward! Plus, more undersea sequential stories by James Kochalka, Maris Wicks, Gregg Schigiel. and other awesome aquatic artists! 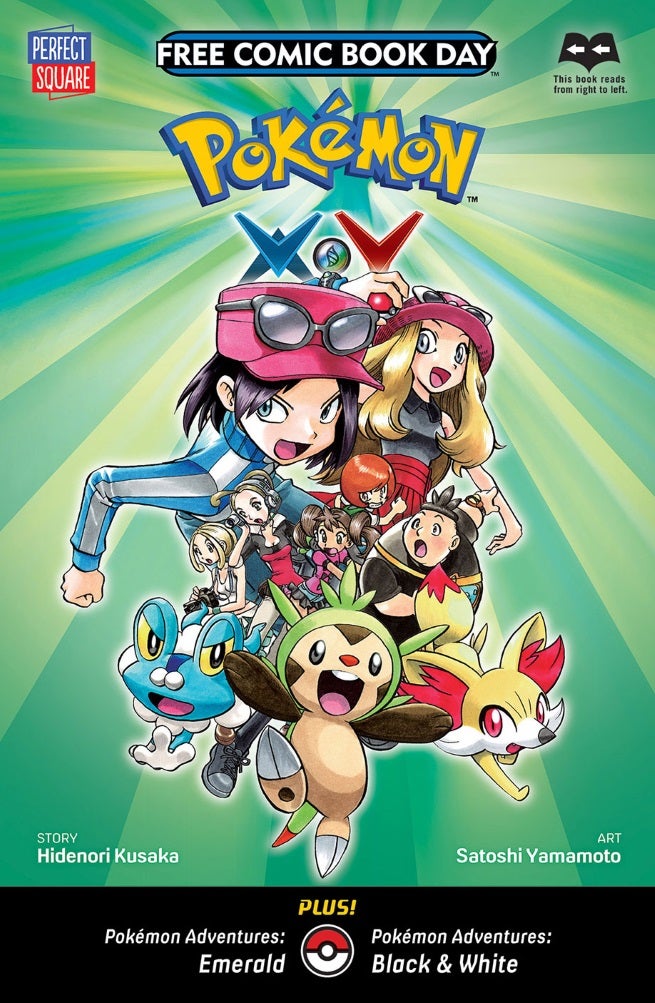 All your favorite Pokémon game characters jump out of the screen and onto the pages of this action-packed Free Comic Book Day edition comic! Legendary Pokémon Xerneas and Yveltal ‘s battle against each other is destroying Vaniville Town. Can X and Y save the town in Pokémon X*Y?! Bonus Feature: More action in Pokémon Adventures and Pokémon Adventures Black and White!