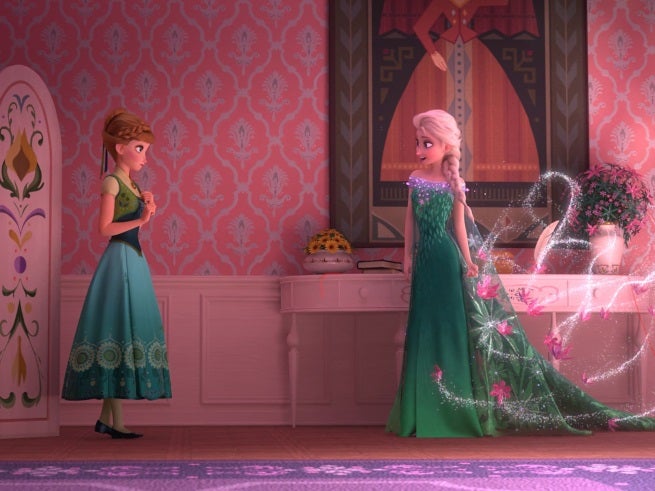 Disney has released a new featurette for the Frozen Fever short animated film.

The featurette has Frozen directors Chris Buck and Jennifer Lee thanking fans for making the film such a success and allowing them to bring the characters back in Frozen Fever.

Check out the featurette below, and recently released images in the gallery at the bottom of the page.

Frozen Fever will premiere in theaters in front of Disney’s Cinderella, opening March 13.

Watch Frozen Directors' Chris Buck and Jennifer Lee give a behind the scenes look at "Frozen Fever." See the new Frozen short playing only in theatres in front of the live-action “Cinderella,” March 13!

Walt Disney Animation Studios’ all-new short “Frozen Fever,” which welcomes Anna, Elsa, Kristoff and Olaf back to the big screen, will open in theaters on March 13, 2015, in front of Disney’s “Cinderella,” a live-action feature inspired by the classic fairy tale.

In “Frozen Fever,” it's Anna's birthday and Elsa and Kristoff are determined to give her the best celebration ever, but when Elsa catches a cold, her powers may put more than just the party at risk.

Shin Godzilla Is Now on Sale for $3