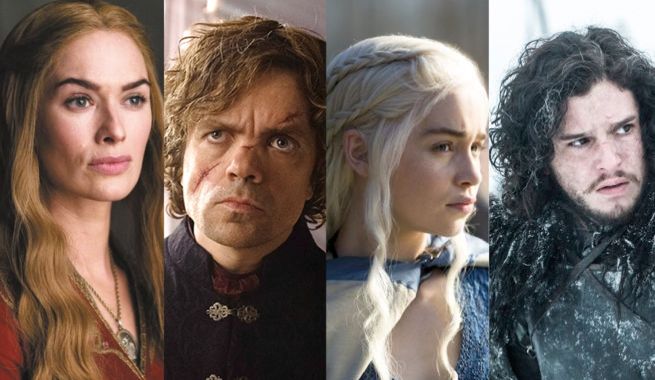 Spoiler Warning: This article contains spoilers for the Game Of Thrones Season 5 finale.

One by one, member of the Night’s Watch plunge their daggers into Jon, and young Olly is the one that delivers the apparent death blow. The episode ends with Jon bleeding to death in the snow.

Of course, in the books, whether Jon Snow survives the multiple stabbings is never specifically addressed. There are many fan theories on how Jon might return.

However, Kit Harington addressed the shocking scene in no uncertain terms, during an interview with Entertainment Weekly. When asked if Jon was really dead, Harington replied with the following.

This is my understanding of it. I had a sit-down with Dan and David, we did the Tony Soprano walk [letting an actor know they’re being whacked]. And they said, ‘Look, you’re gone, it’s done.’ And as far as the salary thing goes, that angered me when that story came out. I don’t know where it came from, but it was inaccurate in many ways. It’s going to put questions into your head and into fans’ heads that things are not what they are. Quite honestly, I have never been told the future of things in this show, but this is the one time I have. They sat me down and said, ‘This is how it is.’ If anything in the future is not like that, then I don’t know about it – it’s only in David and Dan and George’s heads. But I’ve been told I’m dead. I’m dead. I’m not coming back next season. So that’s all I can tell you, really.

So it looks like Harington will not be returning for Game of Thrones Season 6. Do you believe Harington and Weiss when they say Jon Snow is really gone for good?

Game Of Thrones: SPOILER Confirmed To Be Gone For Good