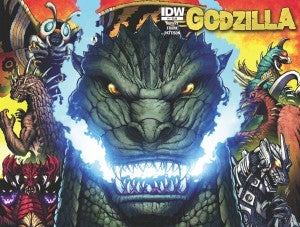 IDW Publishing announced this morning the launch of Godzilla: Rulers of Earth, a new, ongoing monthly series set in the world established by their recent, best-selling Godzilla monthly.

From Chris Mowry and Matt Frank, the story follows a host of new monsters who rise up, determined to stake claim on the planet.

“While we had a lot of fun with the Godzilla: Legends series, they were just single issues,” said series writer Chris Mowry. “What we’re doing with this series is giving readers that same focus on monsters that Legends had, while telling stories set in IDW’s established Godzilla universe. Readers can look forward to the return of some of our human cast and the introduction of a number of new ones, but the monster roster is larger than it has ever been, using nearly all of Toho’s film creations to give readers battles never before seen. Many of these monsters having never appeared in the comic book/manga medium, so who better to change that but monster artist extraordinaire, Matt Frank?” 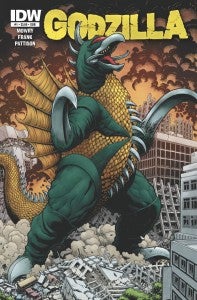 "Whether it be Moguera, Biollante, or Gorosaurus, every Toho fanatic has their own favorite monster,” said series Editor Bobby Curnow. “Now it's time to see these kaiju in action, and Rulers of the Earth won't fail to deliver the goods. It's been a blast to watch Chris and Matt bring their passion to the page."

The first issue ships on June 19.

Godzilla Gets New Monsters, Deeper Mythology in June at IDW

One-Punch Man Shows Off Tatsumaki's Most Intense Power Yet