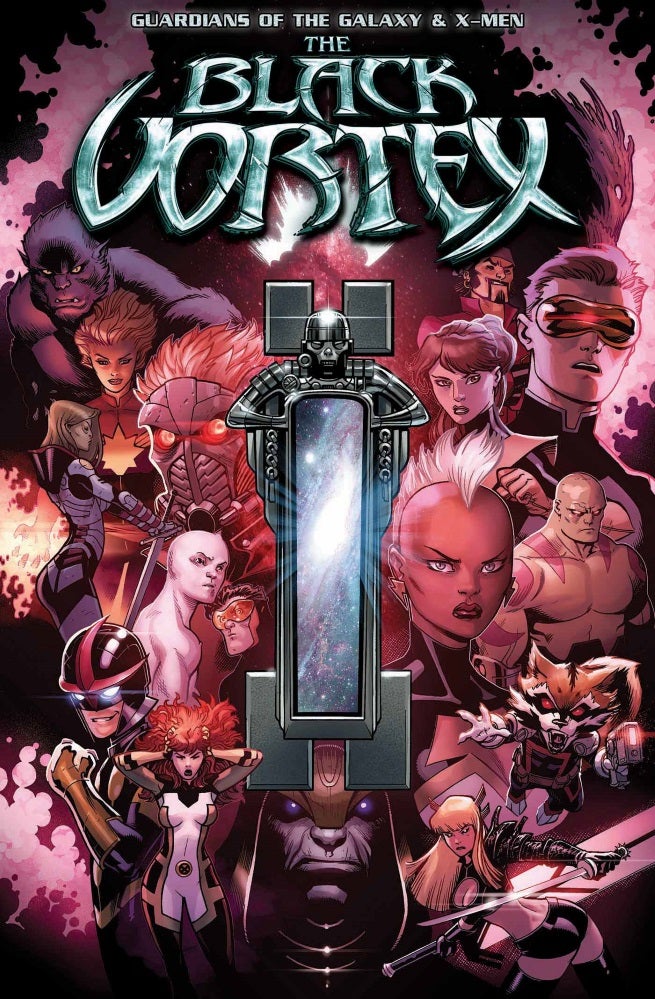 Marvel Comics has unveiled the cover to Guardians of the Galaxy & X-Men Alpha #1, kicking off Marvel’s next big, cosmic crossover event.

Releasing in February, the issue is from the creative team of writer Sam Humphries and artist Ed McGuinness. The issue kicks off The Black Vortex crossover event, which will bring together the Guardians of the Galaxy, the All-New X-Men, Nova, Captain Marvel, Cyclops and more.

The Black Vortex, an ancient artifact of immense and immeasurable power, has resurfaced on the far side of the galaxy. With the power to unlock its user’s true cosmic potential, in the wrong hands, the Black Vortex’s power could be a force of unparalleled destruction. Imagine the power that transformed Jean Grey into the Phoenix or Norin Radd into the Silver Surfer available to anyone, and in the hands of those who would use it for evil.

When the cosmic gangster, Mr. Knife, and Thanos’ son, Thane, lay claim to the Black Vortex, billions of lives are placed in the balance. The Guardians of the Galaxy and the X-Men will have to join forces to protect the innocent across the universe.

For more, you can check out our interview with Humphries from New York Comic Con.

GUARDIANS OF THE GALAXY & X-MEN: THE BLACK VORTEX ALPHA #1
Written by SAM HUMPHRIES
Art & Cover by ED MCGUINNESS
On Sale in February!