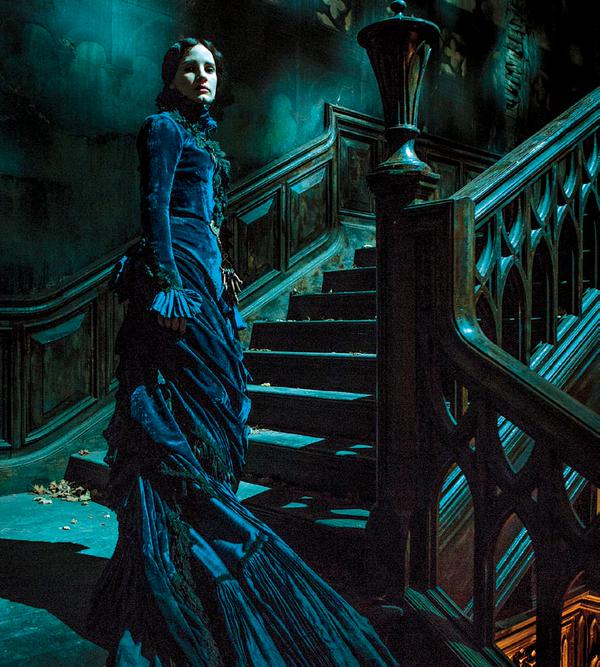 The image is of actor Jessica Chastain dressed as Lady Lucille Sharpe, one of the film's main characters. Chastain will be joined by other A-list actors such as Tom Hiddleston, Charlie Hunnam, and Mia Wasikowska.

Crimson Peak tells the tale of a young author, Edith Cushing (Wasikowska), whom after experiencing a horrific ordeal, seeks peace and refuge in an old Victorian house. But once she enters, Cushing realizes that the house won't offer respite, but terror. As the house seemingly comes to life by breathing, bleeding, and finding different ways to make life a living hell, Cushing must escape the haunted mansion.