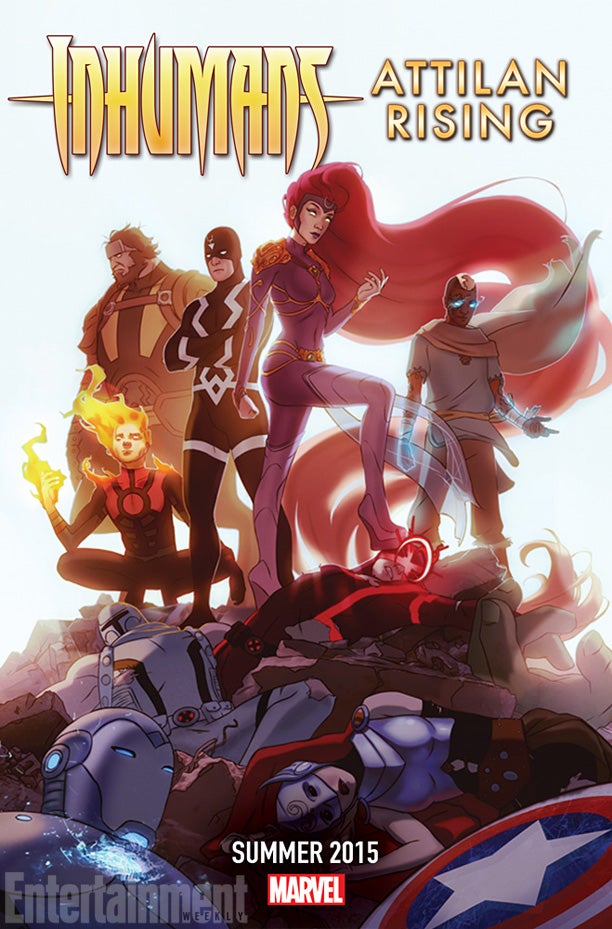 The a series of teasers that began last week, Attilan Rising is unique among them as the only teaser, so far, that is not based on a previous Marvel Comics event, though it does share a certain naming convention with the 1990s Fantastic Four/Inhumans crossover story Atlantis Rising, though it is likely just coincidence.

The Inhumans have seen in increased profile at Marvel lately, following the detonation of the Terrigen Bomb at the end of Infinity, which has seen the Inhumans numbers grow and spread. There have been many rumors that Marvel Studios may be planning an Inhumans film.

For those unfamiliar, Attilan is the home city of the Inhumans. It floated above the Earth until the Terrigen Bomb sent it crashing down, leaving the Inhuman king, Black Bolt, presumed dead. His queen, Medusa, has ruled in his stead ever since, but the teaser suggests that Black Bolt will return and plans to build a new Attilan, and seems more than willing to build it over the dead bodies of the Avengers and the X-Men.