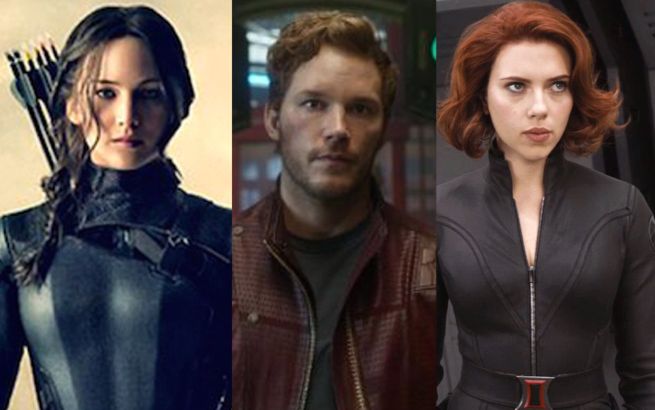 The numbers are in and Jennifer Lawrence is the highest grossing actress of 2014 according to Forbes.

The actress banked $1.4 billion at the box office world wide between blockbusters X-Men: Days of Future Past and The Hunger Games: Mockingjay Pt. 1. In addition, Lawrence broke into the Billboard Top 40 singles chart with her rendition of Hunger Games battle-cry, The Hanging Tree.

Ranking second is Guardians of the Galaxy star Chris Pratt who banked $1.2 billion worldwide at the box office. Guardians wasn't the only hit for Pratt this year. The other surprise hit was none other than The Lego Movie.

Coming in third is Scarlett Johansson who dominated at the box office with $1.18 billion between Captain America: Winter Soldier and Lucy.

Mark Wahlberg came in fourth with $1 billion with the latest Transformers installment, Age of Extinction and Chris Evans rounded out the top 5 with $801 million for his hit films Winter Soldier and Snowpiercer.