Blockbuster season comes a few months early this season, something that isn't going to make us complain.  While many folks have their sights set on 'The Avengers' in May, there are actually three big time productions that release this month.  Here's our breakdown of the films, along with our prediction of which film brings home the most box office gold. 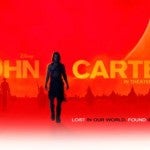 John CarterRelease Date: March 9th Budget: $250 Million Stars: Taylor Kitsch (Friday Night Lights), Lynn Collins (X-Men Origins: Wolverine), Willem Defoe (Spider-Man Franchise, Boondock Saints) Directed by: Andrew Stanton (WALL-E, Finding Nemo) What it's about: John Carter (Kitsch) is a former Confederate Captain who appears to die and is mysteriously transported to Mars. There, he finds himself in the middle of two warring forces. Carter fights for the people on Mars, who have been oppressed by the warring factions. Why it should crush it: The true fans of John Carter the character may be small, but they are extremely vocal.  Word of mouth could carry this film.  Kitsch is a rising star, and Stanton is one of the best in the business. Why it could bomb: Disney hasn't done the best job marketing this film.  From changing the title to "John Carter" from "John Carter of Mars," to the trailers and tv spots that don't tell viewers ANYTHING about the film, Disney has done their best to ensure this film will fail.  And it's a shame, as this is a great story that needs an audience. Prediction: 'John Carter' takes in a modest $50 million its first weekend, holds well the 2nd weekend due to word of mouth, then quickly falters after that.  This film will have to do very well overseas for Disney to break even. The Hunger GamesRelease Date: March 23rd Budget: $100 Million Stars: Jennifer Lawrence (X-Men: First Class), Josh Hutcherson (Journey to the Center of Earth), Woody Harrelson (Zombieland), Elizabeth Banks (Spider-Man Franchise, 30 Rock) Directed by: Andrew Stanton Gary Ross (Seabiscuit) What it's about: Based on a bestselling novel of the same name by Suzanne Collins, 'The Hunger Games' takes place in a post-war U.S. (now called Panem).  A place called The Capitol controls 12 poorer Districts. Each year, The Capitol holds the Hunger Games as a reminder to the people of the Districts of a failed rebellion 75 years prior.  One boy and one girl aged 12-18 are chosen from each District to fight to the death in a place called The Arena. Why it should crush it: Legions of fans cannot wait for March 23rd to arrive.  They're chomping at the bit to see these characters brought to life on the big screen.  The story is disturbing—and intriguing—enough to attract an audience that isn't familiar with the book.  The casting is darn near perfect, and while there are some no-names in the film, there are plenty of big names to get people excited.  Gary Ross has shown the ability to adapt a book to film, and we expect the same with 'The Hunger Games.' The fact that the movie got a PG-13 (as opposed to R) can only help. Lastly, Lionsgate (studio behind the film) has put on quite possibly the best marketing campaign for a film in the last 25 years. Why it could bomb: It's hard to come up with reasons why this thing will fare poorly.  Even if the box office take is comprised solely of fans of the book, that should mean a pretty solid gross.  This thing would just have to be a gigantic piece of crap to bomb. And with Ross at the helm, that isn't happening. Prediction: 'The Hunger Games' breaks the March opening weekend box office record and cruises to $275 million in the U.S. 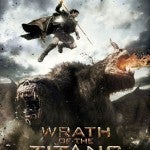 Wrath of the TitansRelease Date: March 30th Budget: $100 Million + (estimated) Stars: Sam Worthington (Avatar, Clash of the Titans), Liam Neeson (Batman Begins, Clash of the Titans), Ralph Fiennes (Harry Potter Franchise, Clash of the Titans) Directed by: Jonathan Liebesman (Battle Los Angeles) What it's about: Ten years after defeating the Kraken, Half-Man, Half-god Perseus gets pulled from his now-quiet life into a battle between the gods and the Titans. Perseus's father, the god Zeus, is captured, and Perseus sets out to rescue Zeus, as well as defeat the Titans. Why it should crush it: A followup to 'Clash of the Titans,' the 2010 hit that brought in $163 million in the U.S. and almost $500 million worldwide, 'Wrath' brings back many of the characters/actors from the first film. Neeson and Fiennes are solid, and while Worthington's star has dimmed a bit the past couple of years, he has enough charisma to carry this role again. A good storyline plus lots of action will make for a nice box office take. Why it could bomb: It opens the week after 'The Hunger Games,' which could be problematic.  The marketing has been few and far between, but we still have a month to go until the release. Prediction: The first film opened in early April to $61 million the opening weekend.  We can see this film coming in just shy of that.  While the film probably won't top the numbers of its predecessor, it should do well enough for people to start talking about a 3rd movie.

John Carter, The Hunger Games, Wrath Of The Titans – Who Fares Best?