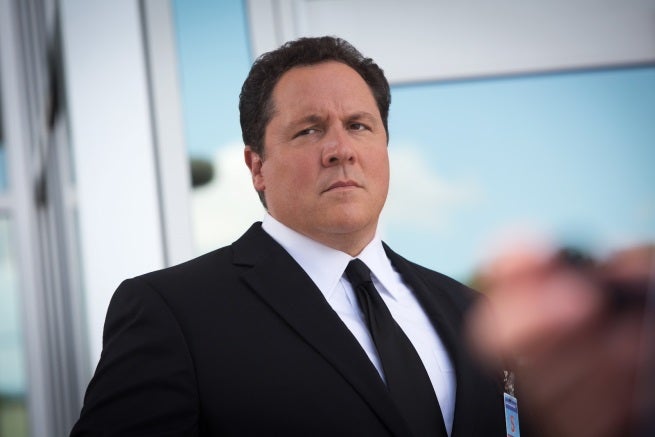 Robert Downey, Jr. has played a key role in launching the superhero movie craze. His performance as Tony Stark in Iron Man helped redefine people's expectation of what a superhero movie could be and set Marvel Studios on the path to becoming the cinematic giant that it is today.

Now, with three Iron Man movies and The Avengers under his belt, there are some questions about whether Downey will continue in his role. Downey will appear in Avengers: Age of Ultron and Avengers 3, but there has been no news about future Iron Man movies, leading some to wonder if Downey plans on retiring from the role.

Jon Favreau, who directed Iron Man and Iron Man 2 and played Happy Hogan in all three films, is currently doing press for his new film, Chef, which Downey also has a role in. While at the film's premiere, the actor/director was asked his thoughts on whether Downey should continue in his iconic role.

"I think people would love to see Robert Downey continue the Iron Man character," Favreau says, "but he's done it quite a bit now. I've had a few movies off, so it's a lot easier for me to say that it should be done. I hope he continues doing it and, as long as he fits in that suit, there's no reason he shouldn't."

Favreau also mentions that he's about to pay a visit to the Avengers: Age of Ultron set. I suppose that makes it fair to speculate on whether or not Happy Hogan is going to make an appearance in the film.

Downey will next appear as Iron Man in Avengers: Age of Ultron, opening May 1, 2015.