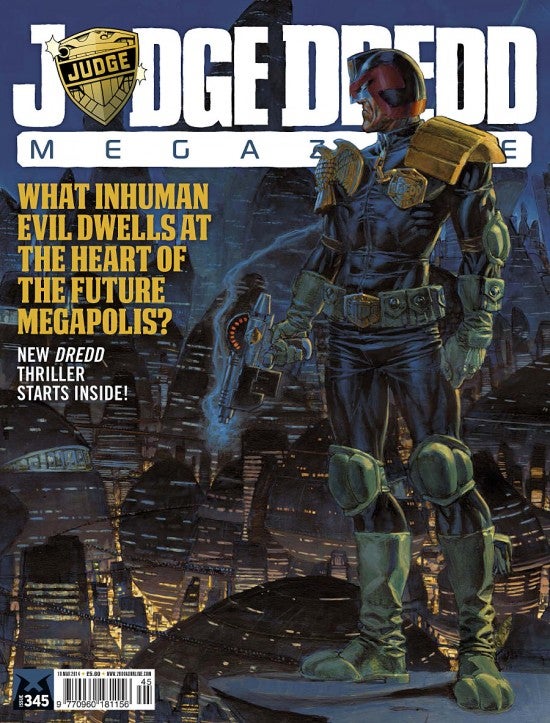 In the final pages of Judge Dredd Megazine #345, out today, longtime supporting character Judge Anderson, played in the 2012 film, makes her exit from the pages of 2000AD (at least for the time being). In fairly dramatic fashion, as one might expect from a character who first appeared in February 1980 and was a key part of the Dredd film adaptation. We've protected you from the specifics thus far, but the full story (with art) is below the jump. 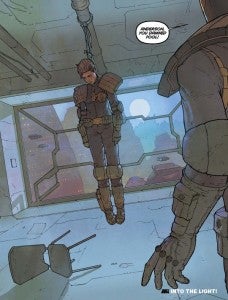 This week's "Anderson, Psi-Division" story ends with the character apparently having committed suicide by hanging herself. A powerful empath, it's easy to see why the events of "Day of Chaos" and the deaths of a billion or so people might push her over the edge. It's also an echo of the suicide of Anderson's friend, Judge Corey, which temporarily prompted Anderson to quit the Judges. Alan Grant has suggested for some time that he saw a suicide as "the only logical conclusion for the character," according to Bleeding Cool, who called attention to today's development. With a title like "Into the Light" for the next issue, though, who's to say for sure that she's 100% dead and won't spend the next installment figuring out which way she's headed? You can get the magazine physically from most comic book shops, or digitally via the 2000AD app.

Judge Dredd Megazine Sees the Departure of a Key Character