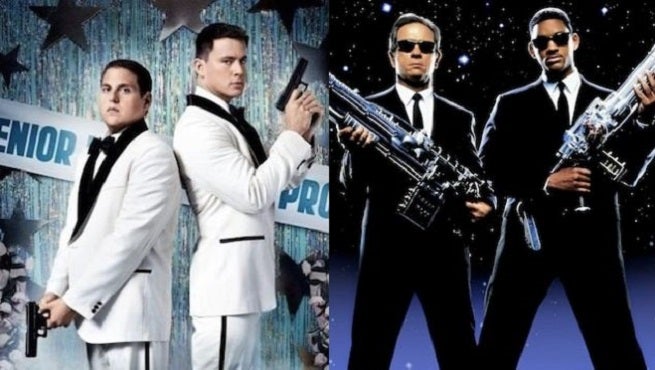 Sony Pictures is looking to expand their Jump Street franchise with a female-led spinoff movie and Men in Black crossover movie.

According to a report from The Wrap, Broad City writers Lucia Aniello and Paul Down have been tapped to write the spinoff movie.

The Men in Black crossover, which plans to send Jonah Hill and Channing Tatum's characters into the Men in Black universe, will likely skewer the crossover fever that has taken hold of popular culture un the same way that 21 Jump Street, itself a reboot, poked fun at reboot movie, and sequel 22 Jump Street took aim at sequels.